We didn't set any deadline for decision on Olympics: IOC official

May deadline was Dick's idea. There is four months to go for the Olympics, says John Coates 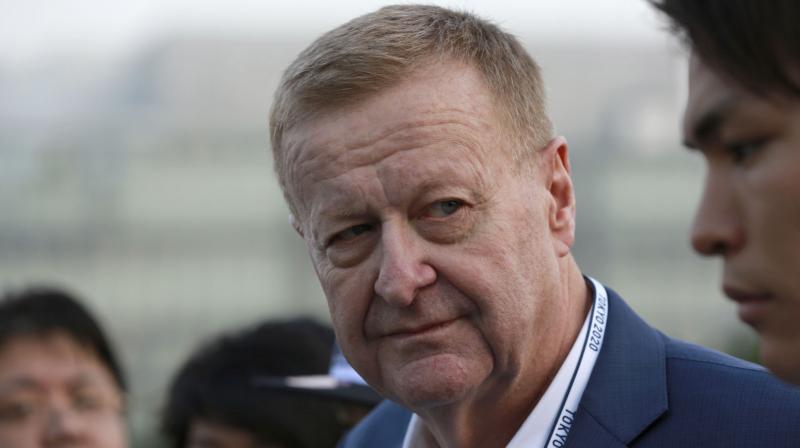 Sydney: The leader of the IOC's coordination commission for the Tokyo Olympics said there is no May deadline to cancel the games and he remains confident the event will go ahead despite sports coming to a virtual standstill globally amid the coronavirus outbreak.

John Coates, who will have to go into government-mandated self-isolation when he returns to Australia this week from Olympic business in Europe, told the Sydney Morning Herald newspaper: "It's all proceeding to start on the 24th of July."

Dick Pound, a former IOC vice president, said in an interview with The Associated Press last month that the end of May loomed as a possible deadline for the IOC to make a call on the Tokyo Olympics.

But Coates, an IOC vice president and head of the Australian Olympic Committee, told the paper in a telephone interview from Switzerland that the IOC didn't recognize the deadline and he thought Pound had backed away from it, too.

"It's never been the IOC's position. It was Dick's idea. There is four months to go," Coates told the newspaper on Monday.

Coates was in Europe when the Australian government announced the mandatory two-week self isolation on all people arriving in the country after the weekend.

The latest restrictions, including bans on gatherings of more than 500 people, came in the wake of the cancellation of the Australian Grand Prix in Melbourne over the weekend, and the suspension of sporting events and large-scale gatherings in parts of the world affected by the virus outbreak.

That has caused postponements and uncertainty for qualifying in some Olympic sports, although the IOC and Tokyo organizers have consistently said the games will go ahead as scheduled.

"The difficulty for those who have qualified or will qualify is they won't get any more international competition," Coates said, adding that some countries may have to base selections on time trials or previous performances.

As for athletes traveling to Japan from affected countries, Coates said some national Olympic committees were already preparing. "The Chinese are probably the best organized," he told the SMH.

"The Chinese are in various parts of Europe and the last I heard is they're bringing them all together in a university in Paris where they'll be fully contained, 600 of them, and they will go straight from confinement there, straight into Japan. They won't put anyone on a plane who has got coronavirus.

"They're all basically in serious lockdown."

The Olympics open on July 24, followed by the Paralympics on August 25.