Vettel’s new team mate Charles Leclerc was third quickest, less than half a second behind Hamilton. 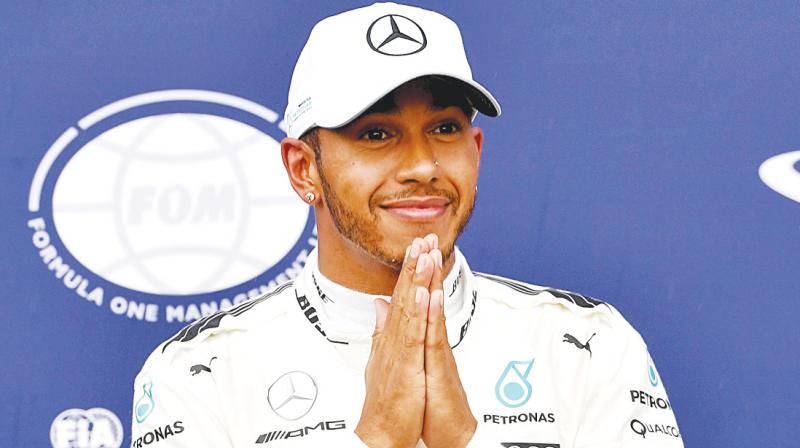 Hamilton lapped the Albert Park circuit in one minute 22.292 seconds, leading four-times champion Vettel by 0.264 seconds to top the timesheets in all three practice sessions.

The Briton’s lap was more than three-tenths of a second quicker than his fastest in the second session on Friday but Vettel also improved dramatically on his previous mark in an encouraging sign for the Scuderia.

Vettel’s new team mate Charles Leclerc was third quickest, less than half a second behind Hamilton, with Romaine Grosjean a more distant fourth for Haas.

Williams’s struggles continued into the weekend, with Robert Kubica posting the slowest lap of the 20 cars — more than four seconds adrift of Hamilton, and behind his rookie team mate George Russell.

Midway through the session, Kubica came hurtling into pitlane and bumped into the wall, scattering debris to the annoyance of trailing Alfa Romeo driver Kimi Raikkonen, who muttered about it on the team radio.

Former world champion Raikkonen, who switched from Ferrari, was 17th fastest for the team formerly known as Sauber.