Both Rashid and Chadha have had professional wins on the Classic Golf & Country Club — Rashid won in 2013 and Chadha in 2015. 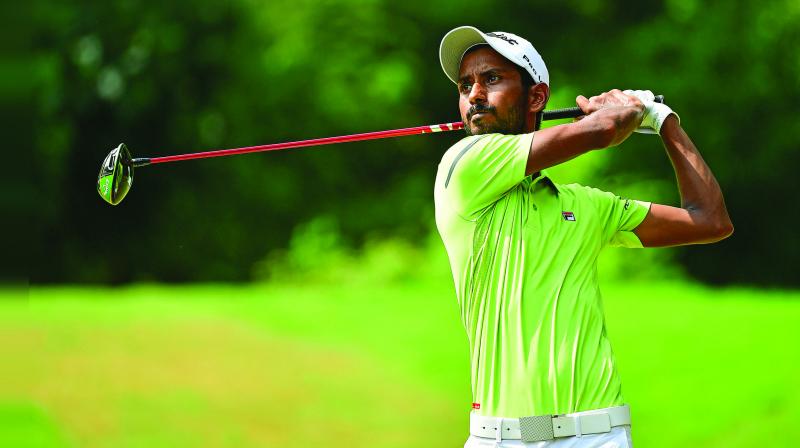 It’s been a long time since Rashid Khan last tasted a win on the Asian Tour. “It is almost like another age,” says the 28-year-old, whose talent is undeniable. “That was in 2014, almost five years when I won the SAIL Open and the Chiangmai Classic,” recalls Rashid, who in recent months has made more news because of his ongoing tussle with Delhi Golf Club over playing rights.

On Sunday, Rashid (66) currently at 16-under, will start in the final group at the Classic Golf & Country Club International Championship 2019, one shot behind Indonesian Rory Hie (67 and 17-under). Another Indian, Abhijit Chadha (68 and 15-under), is lying third. A third Indian rookie Aadil Bedi (69) is tied-fifth at 12-under.

Both Rashid and Chadha have had professional wins on the Classic Golf & Country Club — Rashid won in 2013 and Chadha in 2015.

After having had full rights on the Asian Tour till the end of the 2017 — because he was a multiple winner — Rashid lost his card at the end of 2018. “I did not play well,” says Rashid, who in the past has admitted that he did not focus as much as he should have. His best was a second at the ADT event in Bengaluru besides a T-14 in Chinese Taipei and T-15 in Korea. He ended 81st, lost his Tour card and slipped to 784th in the world rankings, against being inside the top 200 back in 2014.

With the Indian Tour now also awarding World Ranking points, Rashid was quick to take advantage as he won twice and had climbed back to 327th at the start of this week.

He has had only four appearances on the Asian Tour, but has made the cut in all and was even third in the Bangabandhu Cup in Bangladesh, besides T-10 at the Hero Indian Open and T-16 in Indonesia. He is now sniffing a win, yet he smiled said, “I am not thinking about anything for tomorrow. We will see on the last nine holes.”

Back in 2009, when the Classic Golf & Country Club last hosted an Asian Tour event and Chapchai Nirat set a world record winning total of 32-under, Rashid was just 18 and as scrawny as he is now.

At that time he was an amateur and waiting to play the Asian Games in 2010 in China. He made the team but narrowly missed an individual medal. Rashid and Abhijit Chadha, with whom he will battle on Sunday, were in the team that won a silver medal. A third member of that team Abhinav Lohan is also in the field this week and lying Tied-12th.

Close and tight contests are what Rashid relishes. His first win came at the SAIL-SBI Open where he went into a play-off with Siddikur Rehman of Bangaladesh and the two were six ahead of the field in regulation play. Later that year Rashid added a second title in Chiangmai and there too he came from behind to pip colleague Jyoti Randhawa by one shot, while the third round leader, Thanyakon Khrongpha, finished third. For the record, KIradech Aphibranrat, now on the PGA Tour in US, was fourth. Rashid would love to get there.