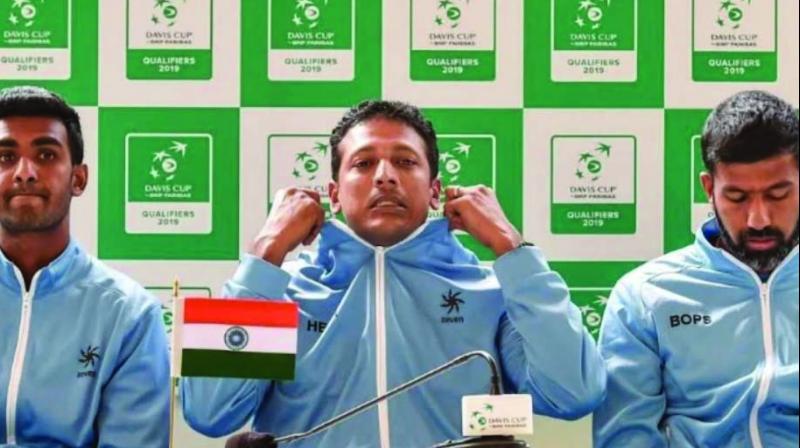 The International Tennis Federation has communicated to the All India Tennis Association that timings or the venue for the September 14-15 tie won’t change as of now.

New Delhi: In a big snub to India’s national tennis federation, the world governing body ITF on Wednesday refused to either postpone or shift the Davis Cup tie against Pakistan out of Islamabad.

The International Tennis Federation has communicated to the All India Tennis Association (Aita) that timings or the venue for the September 14-15 tie won’t change as of now.

Earlier in the day, the Aita had asked ITF to either postpone the tie or take it to a neutral venue “suo moto” given the current diplomatic tension between the two countries.

“They have shared their security plans and based on that, they feel the timings (dates) or the venue need not shift. They are not understanding the tension that has been prevailing between the two nations,” Aita secretary general Hironmoy Chatterjee said.

“We had asked for a dialogue with the ITF Board but they said the Board does not deal with Davis Cup matters, it’s the Davis Cup committee which does. So ITF security advisors and Executives will now discuss the matter with us on August 19.

“Now we will try to convince that they postpone the tie or provide us an alternate venue. If they do not agree, we will take a call on Monday what to do next,” Chatterjee said.

It has been learnt that India’s non-playing captain Mahesh Bhupathi has requested the Aita to include him also in the conference call so that he could speak on behalf of the players.

Sources said that Bhupathi has even forwarded a communication to the ITF through Aita, trying to convince them on a neutral venue.

When contacted, Bhupathi neither confirmed nor denied the information.

The Aita, taking a more aggressive stance than earlier, had said it wants the ITF to take the call to shift the venue based on the current situation and expressed surprise that the governing body is asking India to make a request as “this responsibility rests with the ITF.”

“In the current situation, there are two options which the ITF Board of Directors may want to consider: (I) Postpone the specific Davis Cup Tie to November/December by which time hopefully the situation would have stabilised

“(II) Since the current situation does not seem to be conducive, in our opinion subject to our reading the report of your security consultants, ITF Board of Directors suo moto by itself may decide to shift this particular Davis Cup tie to a neutral venue at ITF’s cost,” Aita wrote in a mail addressed to ITF Executive Director Justine Albert.

Albert, in an earlier mail, had stated that the ITF is satisfied with the current security arrangements in Islamabad.

The Aita assertion came after Pakistan downgraded diplomatic ties with India after provisions of Article 370 in Jammu and Kashmir, which gave the state special status, were done away with.

Jammu and Kashmir has been made a Union Territory now.

The Aita said that the ITF needs to take note of the fact that Pakistan has downgraded diplomatic relations with India and asked the Indian Ambassador to leave.

“...We do not have an Ambassador any longer in Islamabad. Trains between India and Pakistan have been stopped. Bus service between  has also been stopped with immediate effect. There is lot of undercurrent of tension in Pakistan.”