Gill first started his motorsport career on a motorcycle but gradually developed a passion for car racing. 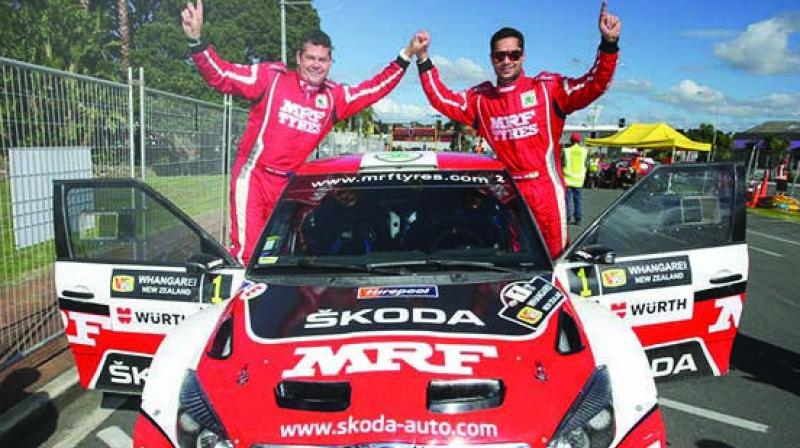 Ace rallyist Gaurav Gill will look begin his new season from where he left off last year. The year 2018 was a fruitful one for Gill as he won his sixth Indian National Rally Championship before creating ripples at the Rally Finland among other achievements.

“I am ready to defend my INRC title as the first round of the 2019 season will start in Chennai on June 26. Then my aim is to drive international events in the World Rally Championship and in Europe at the same time development of a new Xuv 300 with Mahindra for the India Rally Championship is underway and hopefully we can win with the new car right away,” Gill, who was the star driver in the recent Desert Strom Cross-country rally in Rajasthan, told this paper.

On his preparations for the tough season ahead, Gill said, “ A lot of hard work goes into pre event preparations such as intense fitness for hot region rallies and understanding the local region so one can plan and prepare how to set up the rally cars suspension and choose the correct tyre compounds etc.”

During his initial years in motorsport, he took part in various national rallies, motocross and the National racing championship before making the transition to cars in 1999. Currently, he drives an XUV 500 for the Mahindra Rally team in the INRC & Skoda Fabia for the Team MRF in the APRC championship.

In 2013, Gill became the first Indian to win the Asia Pacific Rally Championship. He went on to win the title in 2016 and 2017. All this led to him being nominated for the Arjuna Award three times, all of which ended in snubs.

“As I mentioned earlier I could be the face of the Arjuna award recipient but it will benefit greatly to the sport and Motorsport will soon gain new heights and confidence from all potential sponsors and big MNC. It will be the game changer for all of us,” Gill said.

Gaurav competes in the World Rally Championship in the WRC-2 category and is a winner of three Asia-Pacific Rally Championship titles. Asked to sum up his journey, the 37-year-old said, “It’s been an amazing 18yrs of being a professional in this sport and I cannot complain! I have had an amazing journey so far winning some of the most difficult rallies and championships in the world against some of the finest drivers this world has to offer inspire of this I am still hungry as ever to perform at my best and win again at the world championship level.”

Gill first started his motorsport career on a motorcycle but gradually developed a passion for car racing. As a kid, he used to sneak out of his home in a rear-wheel drive Maruti Van and practice drifting on an empty ground during rains. Today, Gaurav is a proud owner of an E92 BMW M3 and a Porsche Cayenne.

So what motivated him to take up this sport? “When you love what you do one doesn’t need any motivation. It’s natural for me to go for my Rally event and feel as excited as if it were the first time there,” he said.

Motorsport is still in a nascent stage in India but Gill is impressed with the growth of the sport in the country.

“It maybe at a stage where it needs a push from the right people but it has not stopped growing rapidly over the years with several manufacturers from car companies to tyre companies competing it will only get better,” he remarked.

“I’m thankful to my sponsors to fund the sport and myself. Since this is the most expensive sport around we need to have big corporate or MNC’s to pump in the funds.”