However, team boss said Ricciardo’s salary would not be a factor after staff at the Enstone factory in central England has been furloughed 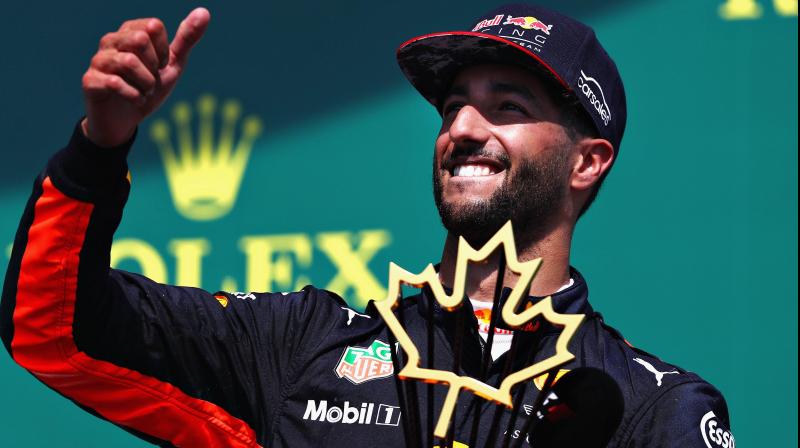 Paris: Daniel Ricciardo will take a pay cut to help Renault through the coronavirus pandemic but talks about his future are already complicated, according to his Formula One team boss Cyril Abiteboul.

The Australian is one of the sport’s highest paid drivers, earning as much as $25 million a year according to media reports.

Abiteboul told French newspaper L’Equipe that Ricciardo’s salary would not be a destabilising factor after the French carmaker furloughed most of their F1 staff at the Enstone factory in central England.

“It’s a discussion we’ve already had. Daniel has already confirmed he is willing...I can confirm to you that he will reduce it,” said the Frenchman.

Asked whether the 30-year-old’s wages could pose an image problem, Abiteboul replied: “The problem would have been if he had not accepted the idea.

“We still have to fix the terms but, in principle, I can reassure the Renault group management committee; I do not fear it will destabilise the F1 program.”

Ricciardo joined Renault from Red Bull last year with a contract that runs to the end of 2020.

With the Formula One season yet to start, and some fearing this year’s championship may have to be scrapped altogether, Renault could end up having to pay the 30-year-old handsomely for little return.

They may also have to make tough choices when it comes to contract negotiations.

“In a normal season, we would have started work on the matter,” said Abiteboul. “We would have evaluated Daniel’s performance over the first four races and started or not the first discussions.

“We haven’t turned a wheel. We are blind but have to plan,” he added. “We may have to take decisions without the season starting.”

Asked whether it was a problem if Ricciardo left, the Frenchman replied: “It would be if I had not seen it coming or anticipated it. That’s why we are having discussions and have a driver academy.”

Formula One’s season-opening race in Melbourne on March 15 was cancelled with the Monaco Grand Prix also subsequently axed. Seven other races have been postponed and more are likely to join the queue for rescheduling.

Formula One has said it hopes to run a reduced calendar of 15-18 races from the European summer.