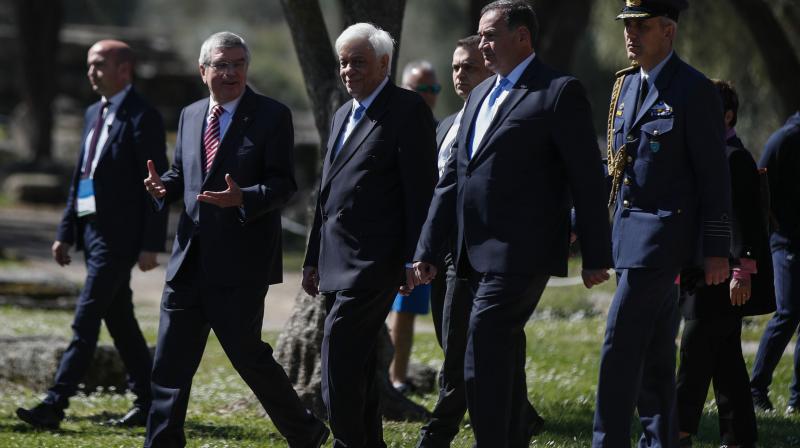 Lausanne: Alarm bells have started to ring with the International Olympic Committee president Thomas Bach planning emergency talks with member organisations in wake of the COVID-19 threat five months ahead of the Tokyo Olympics.

The IOC "will take stock of the actions taken" to respond to the coronavirus crisis "and the federations will have the opportunity to ask questions" added a source close to one international sports federation The IOC "conducts a regular dialogue with all the Olympic partners and regularly informs them of the situation," added an IOC spokesman.

While many international sporting events having been postponed or cancelled, Japanese Prime Minister Shinzo Abe promised on Friday that Tokyo would host the Olympic Games as planned in July and August, despite questions raised by the pandemic.

Thomas Bach said on Thursday that his organisation would follow the recommendations of the World Health Organisation regarding a possible postponement.

He acknowledged, however, that the cancellation of qualifying events due to the epidemic was already posing "serious problems". The issue of qualifying will be a focus of Tuesday's telephone meeting.

At the beginning of March, Bach said the IOC would show "flexibility" regarding the qualifications for the Tokyo and encouraged "all athletes to continue to prepare" for the Games.