The match between both will be an atom weight contest and they will clash at the Cadillac Arena in Beijing, China. 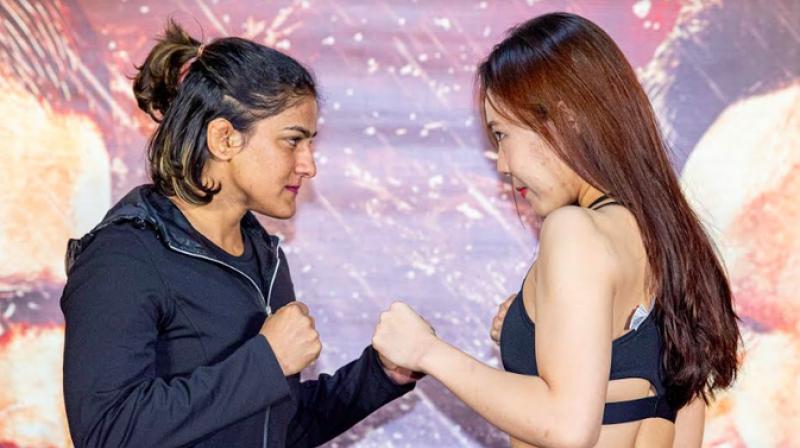 Wrestler Ritu Phogat will make her Mixed Martial Arts (MMA) debut on November 16 as she squares off against Korea's Nam Hee Kim. (Photo:Twitter)

The match between both will be an atom weight contest and they will clash at the Cadillac Arena in Beijing, China.

Speaking about her MMA debut, Phogat said in a statement: "I want to become a mixed martial arts World Champion, and everything I'm doing now is preparing me for that".

"I made the decision to jump into this with my full heart and will. My goal is to become the first Indian woman to win a mixed martial arts World Championship. I believe I'm in a great position to represent my country, and I want to inspire as many women as I can. It's an honour," she added.

"One of my goals is to bring honour to Indian martial arts. I think it's really important that we celebrate my country's culture and history and I really hope I can represent that well on the global stage," Phogat said.

"I have big plans, but first, I have to take care of business against an opponent who wants to spoil the party. I've prepared well for this, but this is my first time, and we'll have to see where I'm at after this fight," she added.