MLB has great scope to grow in India: Jim Small

The country has huge potential for us, and we want to make sure that India is an important part of the ever-growing brand that is MLB. 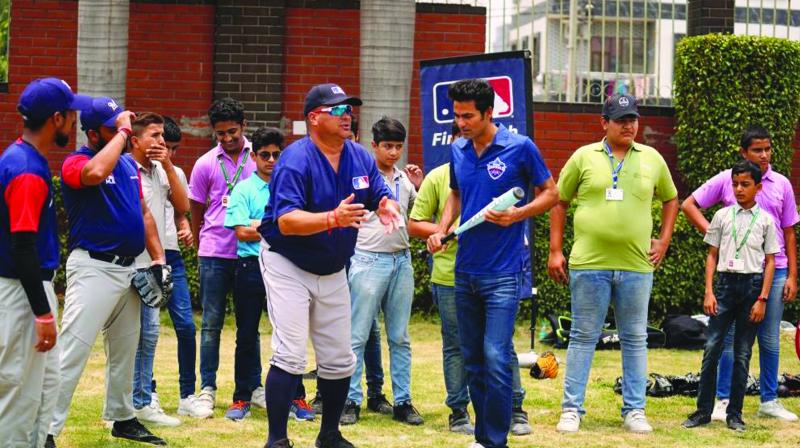 Delhi Capitals assistant coach Mohammad Kaif with kids at the MLB clinic in the capital.

Major League Baseball announced the opening of its sixth international office MLB India in the capital this month and MLB senior vice president Jim Small is hopeful that sport has the potential to grow in the country despite cricket-crazy fans here.

“We think we have an amazing opportunity here in India now. Part of that is because India is changing, becoming a much more open sport, the idea of physical fitness and physical education in sports as entertainment is something fairly new in India. We think we can fit right in there. So that’s very important”, Small told our reporter.

MLB First Pitch, a grassroot programme, is already being used to promote baseball in Mexico and China and will be introduced in India for primary school children, in 300 schools across New Delhi, Bengaluru and Mumbai.  The programme creates the first opportunity for students to learn and enjoy the sport through workshops conducted by MLB International coaches.

Commenting on the initiative, Jim said, “We are especially excited as we look to venture into a grassroots programme in India. The country has huge potential for us, and we want to make sure that India is an important part of the ever-growing brand that is MLB. As the name suggests, MLB First Pitch will provide participants with their first-ever opportunity to learn baseball from our certified coaches. It has been an ambition of MLB to establish our presence in India, and I am really pleased to engage with our potential fans through this initiative.”

Small saw a connection between cricket and baseball as he was well aware that cricket rules here. He added, “The other thing quite frankly is, the opportunity that we think comes from bringing baseball into a cricket playing nation. It’s the most fervent cricket-playing nation in the world. It’s as huge as a religion. The great opportunity is, we see, especially kids here, when they play baseball, they’ve been exposed to throwing, hitting and catching and there are very few places in the world that are very similar to ours. We think that those talents are very transferable to baseball. We think Indians can play both, cricket and baseball. 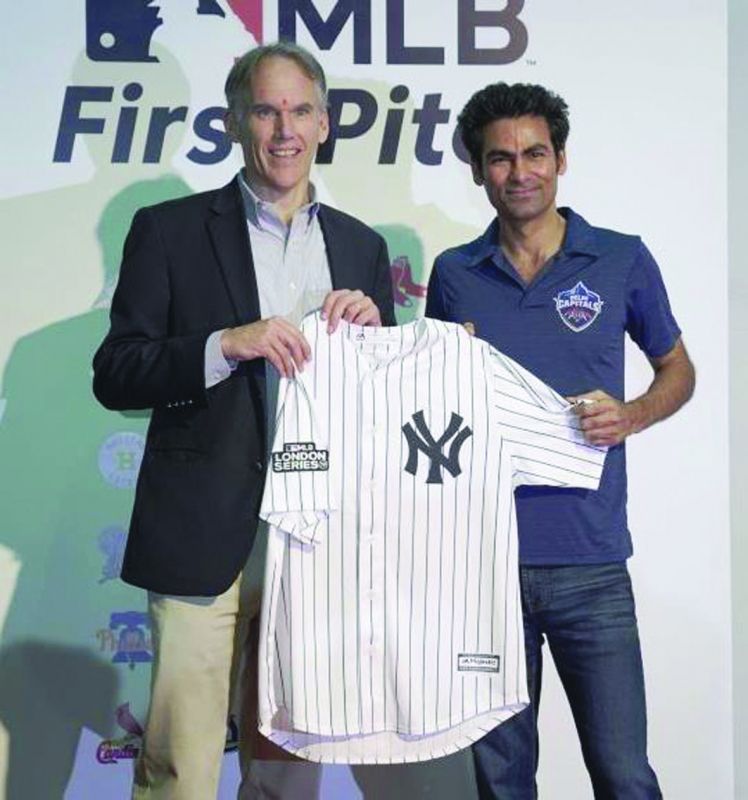 “We’ve seen it in Australia for instance, 25-30 years ago. Australian cricket clubs were losing their kids in the off-season to Rugby, so, they started introducing baseball programmes to retain the kids in the school. That was the period of development where you saw major league players from Australia like Dave Nilsson come through that system so cricket really gives us an opportunity that we wouldn’t have in other markets.

“Just like any good organisation, we have a mission statement and it’s very inspirational. We want to be the number one sport in the world. And we feel that, in order to do that, you have to be relevant in one of the world’s biggest countries. And so, the idea of bringing baseball here is something we have contemplated for a long time. And today at the Sovereign School, it is our first foray into it. It’s the beginning, it’s a long programme, and it is something we have to be patient on. We are really excited to have this opportunity to bring what we think is the best sport in the world to one of the most important countries in the world.”

Small also informed that they are aiming three things in the first phase of their programme. They want more and more parents to be able to play the game through their programmes like First Pitch so they can teach their kids. Secondly, the games are shown on Facebook Live, but they would like to expand that and the third thing is to engage with a game.

“You don’t need to have 18 players to play baseball. We are planning to introduce mini baseball, we see the success of gully cricket here and realise that’s something we could probably do as well. The goal is to make baseball accessible, so you can play it at your school or with your friends at home, and play it in a format set with 9 players on each side. We can be flexible in that way.”

Asked whether they are looking to have a celebrity promote MLB in India? Small said, “We need to recognise that, having a celebrity or having a renowned face will help promote the sport. But we want a celebrity who is a baseball fanatic. And if we can find that person then we will definitely have that person on board.”

The Indian edition will get the opportunity to help showcase baseball in the country with a game being broadcast on Facebook each week through the end of the regular season. The games are available to anyone with a Facebook account in any part of the world.