The KES senior team is currently on a tour of India and Sri Lanka. 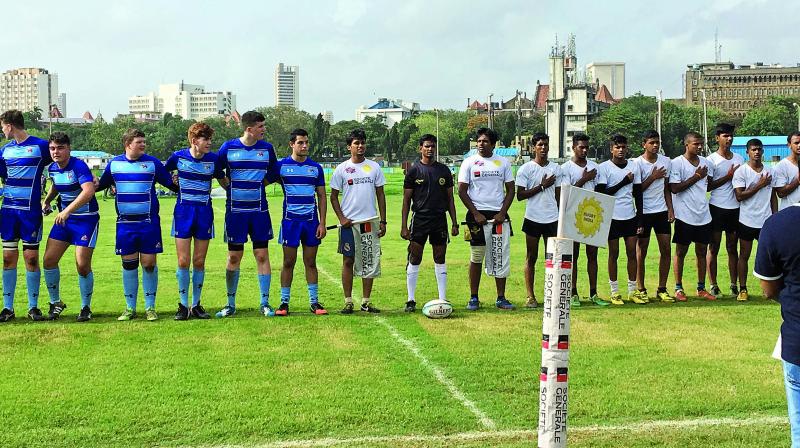 The Birmingham based team is on a traditional tour for which they travel every two years to different countries.

Maharashtra’s rugby players hosted two games for King Edward’s School’s (KES) rugby team on Tuesday at the Bombay Gymkhana. The Birmingham based team is on a traditional tour for which they travel every two years to different countries. Recent destinations include Australia, New Zealand, Fiji, Dubai, Argentina and Brazil.

The head coach of the team, George Browning has been planning this tour since the last two years as they have been in continuous contact with RAM. “It all started two years ago and then we met Nasser and discussed the possibilities of an Indian tour. After that, the players have been raising the money so that we could come here and play. We also have many players in our team who have Indian roots and their families are living here. The technique of play here is more aggressive and a little less structured than what we have in England but the passion is fantastic. The players are skilled but need to work on the technique of play,” he said.

“We love the diverse culture in India. The food is like a challenge for us because of the spice but I am especially enjoying it, the biryani and vegetarian curries,” said the coach who is enjoying his time in the city.

Talking about the occasion, Sandip Mosamkar, Joint Secretary, RAM, said, “We have been preparing for this since a long time. The training camp has been going on since last 10 days; the boys were really excited to play against players from another country. Our local players got good exposure and we look forward to learning from the Birmingham team’s style of play as well.”

The KES team will be travelling to Sri Lanka on Wednesday and will head back to India as they will play against the local teams of Delhi.