Races in the streets of the city?

From long flights to gym sessions, two young racers create their own league. 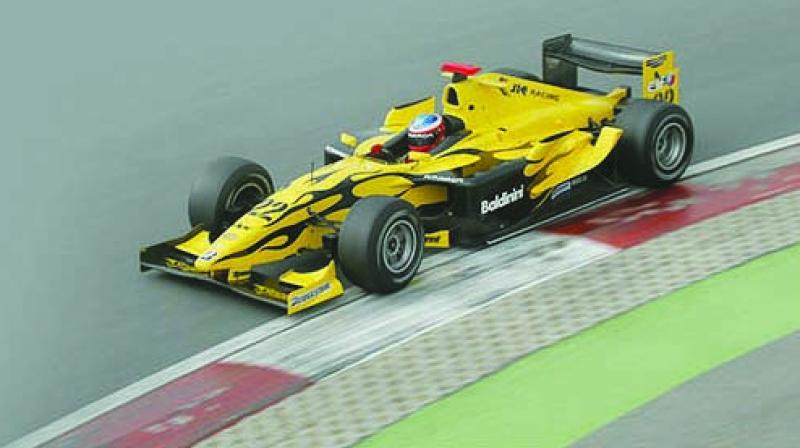 Mumbai will soon host its first racing league. Two recognized men of the Indian racing community decided to “put things to paper” and start their own project. Armaan Ebrahim and Aadtiya Patel’s idea of having a league dedicated to racing is falling into right places. Xteme1 (X1) Racing League is on the cards for the first quarter of 2019. The Chennai based duo has held talks with BMC in order to get the permission for tracks in the city.

“Yes (we are in talks with BMC) and when you look at Mumbai, you can’t go to BKC or anything. We expanded our horizon. We have two options which we will reveal soon,” says Armaan.

If the rumours turn out right, Navi Mumbai or Powai could see the race cars zooming around the roads that are usually jammed with traffic.

The league will include eight city-based franchise teams, each comprising of two cars and four drivers. “All of them will drive together on the tracks. So there will be 16 cars in total with 32 drivers- two drivers in each car and they will switch on the pit-stop,” explains Patel.

For the last couple of years, the pair has been in the same circuit but with different teams. Therefore, their travels have been together and so have been their workouts at the gym. “We had a lot of time together in the same flights. We talked about something like having a league but it was never concrete. Until one day at the gym, I decided to go to his office and put things to paper,” recalls Patel.

After the chat in September, they approached the Federation of Motor Sports Clubs of India (FMSCI). The response was positive. The league and the federation have entered a long-term partnership to promote motor sports in the country.

“We are bringing entertainment and sports together. It’s not just hunting the driver. It’s also to get sponsors. They will look at the drivers feel that they should back them,” says Armaan.

Novelty
While conceptualizing, the two of them tweaked the rules and created their own format. The races will be different from the usual Formula1 pursuits. “There will be four types of drivers- one international male and female each. A domestic driver racing driver racing abroad and a domestic driver and the fifth will be development driver,” explains Patel. The teams will have an Indian engineer with special prototypes to be designed to incorporate two drivers.

Outlay
“Over the course of last six months, our potential investors became our investors. They all are from interesting backgrounds. Some come from the entertainment industry, some from hardcore business background,” says Armaan.

“We have the Ratha group from Chennai and The AngelList. They will invest in R&D. If we want to develop an electric car, these guys will be interested,” he adds.

They belong to families that have carved their careers in racing. While Armaan’s father Akbar Ebrahim is a former Formula3 champion, Aditya’s father is a former rally champion.

The Star Cast
The rumours say that Narain Karthikeyan could feature in the league along with a couple of other F1 drivers. Their plan is to have a player draft instead of auctions. The format will serve as a stage for upcoming domestic drivers who have not been fortunate enough to follow their passion in racing. “Since our parents were involved in the game. There a lot of guys here (Mumbai) but their families never supported them. I know they were really good. Times are changing and I’m seeing different drivers from this city,” says Patel.