F1 could be over long before fat lady sings

Max Verstappen of Team Redbull put in a rather mature drive and stayed out of trouble to put it past the Scuderia without a fuss. 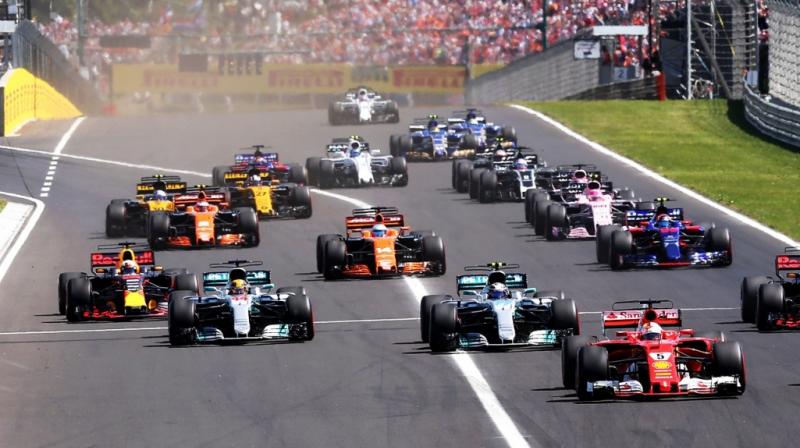 Ferrari flattered to deceive during pre-race tests and thanks to the 1,000 strong Mercedes F1 team juggernaut, the fat lady has taken the stage early on during the performance much to the surprise and disappointment of its spectators. (Photo: Representational Image)

I am sorry for using a well-worn cliché — “It’s not over until the fat lady sings”. But this may be permitted in sarcasm as it does seem this F1 season is not going to be challenging nor is it likely to go down to the wire kind of series.

Ferrari flattered to deceive during pre-race tests and thanks to the 1,000 strong Mercedes F1 team juggernaut, the fat lady has taken the stage early on during the performance much to the surprise and disappointment of its spectators.

The Silver Arrows professional aim has further injured the already lame Prancing Horse. Mercedes have got the constructors championship all but wrapped! This domination by the German auto major will not help the cause for F1 in sustaining the spectator level on telly nor in the stands.  The title fight will be between the two Mercedes drivers as well — Hamilton and Bottas.

With Barcelona signalling its inability to host future events, it’s obvious that F1 needs to bring in a formula that can keep the pinnacle of motorsport interesting. Meanwhile, Hamilton won the Spanish GP third time on the trot effortlessly with his hapless teammate Bottas riding shotgun. Bottas did achieve pole but the savvy Hamilton took the race away from him going into the first corner and never was challenged.

Max Verstappen of Team Redbull put in a rather mature drive and stayed out of trouble to put it past the Scuderia without a fuss. He leads both Vettel and Leclerc in the drivers’ standings to add salt, chillis, jalapenos et al to their wound!

Mercedes have added another feather to their cap - five unprecedented one-two finishes! Well, what can one say but ‘Yawn’! Their merciless lapping of more than half the field during the 66-lap race clearly points the lack of funds in the non-factory teams. Even if the 4 major factory teams were to continue gifting them their current spec racing engines and gearboxes it is rather doubtful that it will ever be a level playing field. There is much more to an F1 car than a fast motor.

Since the also-ran players seem to see some value in remaining in Formula 1 due to wealthy sponsors, the game shall continue, but we need to watch out for the departure of the F1 junkie. This sport needs him above anything else.