Westbrook's Why Not? Foundation teamed up with an NGO to provide computers to children who might otherwise not have access to them 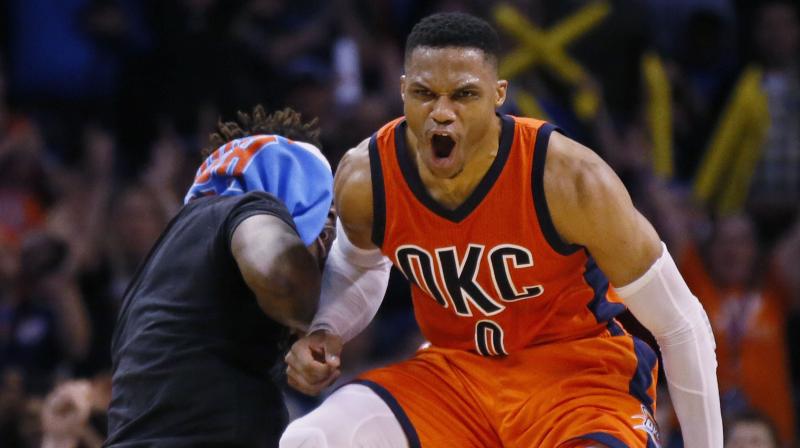 Los Angeles: Houston Rockets' star guard Russell Westbrook has donated 650 computers to children who need the devices with schools shut down because of Covid19.

Westbrook's Why Not? Foundation teamed with non-profit Comp-U-Dopt to provide computers to children who might otherwise not have access to them.

"The generous gift from the Russell Westbrook Why Not? Foundation will allow us to significantly increase our inventory and ensure we can to continue to close the gap for Houston families most in need," Colin Dempsey of Comp-U-Dopt said.

"One in 3 economically disadvantaged students in the Houston area lack access to a computer at home. With the outbreak of Covid19, and the closure of schools, there is an immediate need to get more computers to students and families without access at home."

Comp-U-Dopt has given almost 1,000 computers to families in Houston since March 18 through a computer drive-through.

Families register for a lottery for a chance to get one of the machines. Houston Mayor Sylvester Turner's office said that 83 percent of students given computers live in households earning less than $35,000 a year.