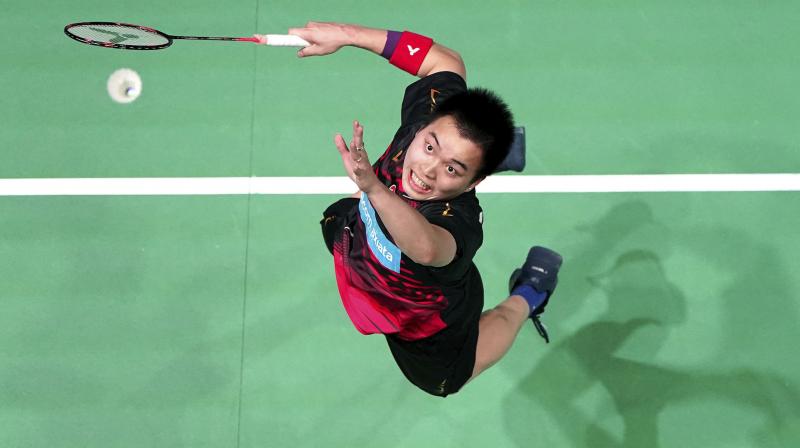 China's Aaron Chia goes for smash during the men's doubles match at the All England Open Championships at Arena Birmingham, England, on Friday. AP Photo

London: Malaysia's Lee Zii Jia savoured a "revenge" victory over Chen Long as the world number 13 moved into the All England badminton Championship semi-finals on Friday.

Lee stunned the Chinese two-time champion 21-12, 21-18 to end the number three seed's hopes of a memorable third title in Birmingham.

Chen, the champion in 2013 and 2015, had previously beaten six-time All England champion Lin Dan 21-17, 21-8 to progress into the quarter-finals. But he was no match for Lee who was motivated to avenge the result the last time the two met at the Denmark Open in October.

The unseeded Malaysian needed only 49 minutes to breeze past Chen and keep alive his hopes of lifting the trophy for the first time.

Lee, 21, is bidding for his first BWF World Tour event title since the Chinese Taipei Open in 2018.

China's Chen Yufei, the reigning women's singles champion, came from behind to beat world number five Ratchanok Intanon 17-21, 21-15, 21-17. The 22-year-old has already won titles in Switzerland, Thailand and Australia, as well as her All England triumph last year.