In what is a key tournament and would set the tone for rest of the year, the think-tank opted to do away with senior and experienced members. 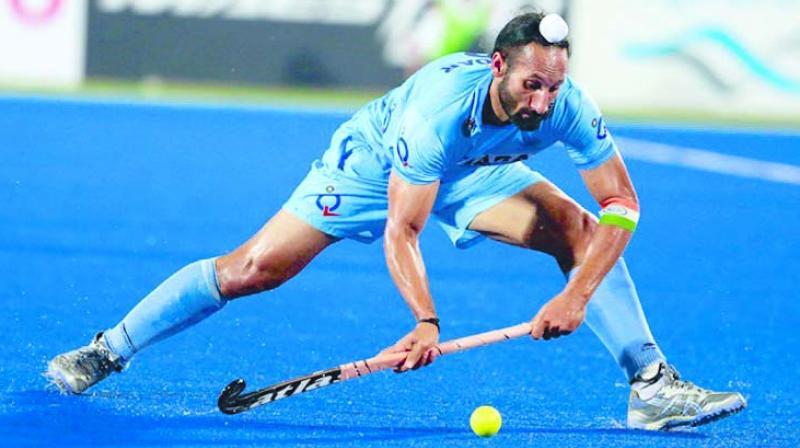 New Delhi: Sardar Singh, Birendra Lakra and Ramandeep Singh were the big casualties as Hockey India on Tuesday named a new-look team for the Gold Coast Commonwealth Games in April.

In what is a key tournament and would set the tone for rest of the year, the think-tank opted to do away with senior and experienced members.

Others to miss out are defender Surender Kumar, midfielder S.K. Uthappa, Talwinder Singh and Satbir Singh (both forwards), all of whom have featured regularly in the last few years.

While chief coach Sjoerd Marijne reasoned that “youngsters can play without fear and the team reflects right composition”, it is baffling that India have decided to go with five youngsters with a combined experience of less than 50 matches.

To their credit, Gurjant Singh, Gurinder Singh, Sumit, 17-year-old Vivek Sagar Prasad and Dilpreet Singh have impressed on the last few tours, but are yet to be tested on the big stage.

For Sardar, there was virtually no hope of making the cut after being sidelined since November last. He led a second-string team in the recent Azlan Shah Cup, where India finished fifth.

It is also learnt that the former skipper’s name has now been removed from even the 24-member core group, effectively bringing an end to his illustrious career.

Said Marijne from Bengaluru when asked about these changes, “Sardar was dropped because Manpreet, Chinglensana and Vivek have been doing very well in those (midfield) positions. They add to the depth and are also good defenders, thus making it the right composition.

“Vivek and Dilpreet played four matches each against a top team like Belgium, and have enough experience to play the Commonwealth Games. Others too have a lot of experience.”

Added Marijne, “Ramandeep’s was a close call and he needs to be more consistent.”

Manpreet will lead the team and Chinglensana has been named his deputy.

The dependable Sreejesh P.R. takes up goalkeeping duties and will have Suraj Karkera to assist him.

S.V. Sunil is at the centre of attack along with the experienced Akashdeep Singh. Gurjant Singh, Lalit Upadhyay, Dilpreet Singh and Mandeep Singh complete the line-up.