To hell and back

How WWE star Paige redeemed herself from depression. 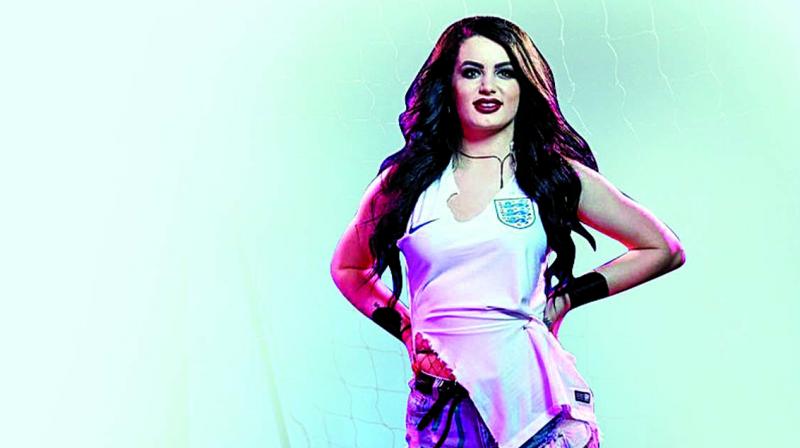 Her mother once unassumingly entered the wrestling ring, pregnant with a seven-month-old child in her belly.

Her mother once unassumingly entered the wrestling ring, pregnant with a seven-month-old child in her belly. For the sole daughter raised in a family of hardcore wrestlers, growing up, she could only develop a frantic distaste for the sport given what she saw her parents go through for a living.

However, for this young girl from Norwich, aspiring zoology; pursuing the profession of her parents rather came across as an accident.

At 13, Saraya-Jade Bevis was forced to fill up for one of her father’s trained wrestlers who failed to show up for a bout. There was no looking back ever since that day.

But not long before she made her way to the WWE universe as Paige, after being spotted from an amateur wrestling organisation run by her parents; she failed to clear her first ever try out. This was mainly because of her ingenuity that became clearly evident during the auditions after she decided to revamp her appearance, not being true to herself.

“Well, you don’t want to be a carbon copy of someone else because then you are just another cookie-cutter. The whole point of being a WWE superstar is that you have to stand out. If you want fans and people to recognise you, the best way to do that is to distinguish yourself from others,” the soft-spoken WWE diva says in an exclusive interaction.

Paige is now gearing up for a biopic on her life named Fighting with My Family, produced by Dwayne Johnson which highlights her rags to riches story. It also features the frosty relationship she developed with her brother, Zak Zodiac who failed to make the cut despite all the fame she achieved.

“The most beautiful thing about the movie is that it is just as much about him as it is about me,” she reveals. “Your success isn’t measured by how famous you are or your Instagram following or by how many cameras are pointed out at you.”

Her brother, who now runs a major hand in the family business, is teaching disabled kids how to wrestle.

“Success for me is any dream or goal that you have achieved. Teaching disabled kids seems like an impossible task but my brother is so successful in that. I love the message in the movie where his story is going to get out there and show people – okay you want to be a teacher? Amazing, that’s success. You want to be a secretary? That’s success. It shouldn’t be that just because you are famous, you are successful,” the 26-year-old reiterates.

The relationship between the two is stronger than ever, more like “best friends”, as Paige describes.

“Obviously, we have grown up a little bit. I have been with WWE for seven years now, but there were a few months where he was disappointed with himself. It wasn’t the fact that he was more jealous of me in any way. It was just sheer frustration because he’s always wanted to make it big since he was little. He was pretty much a wrestling dictionary — he knew everything, coming from wrestling roots. He was just really disappointed and felt like he wasn’t successful,” she adds.

Paige, too, had to confront her own set of challenges and she learnt it the hard way. In 2016, she was suspended twice for breaching WWE’s wellness policy followed by a neck injury that forced her out of action completely. A year later, her sex tapes were shockingly leaked online, only to make matters worse; sending her into a dark abyss - leaving her emotionally broken, depressed and suicidal.

“When you hit rock bottom, you don’t want to go back down to that level anymore. That phase changed me completely and only made me stronger. I learnt a lot of lessons. It made me take out the toxic people and things out of my life. Now I look at things way more positively,” the former WWE superstar explains.

“I had a few tapes released without my consent and it broke my heart. I was cyberbullied. It was really a terrible situation. I remember being so depressed that I completely stopped eating and my hair started falling out. I got really skinny. I was really depressed,” she explains.

Despite enduring a short career, where a devastating neck injury forced her to retire from in-ring competitions last year, Paige made great strides. She played a major part in the ascendancy of women's wrestling and returned back as Smackdown General Manager in April 2018.

“Oh my gosh, there were so many memorable moments — right from becoming the NXT women’s champion to being crowned as Diva’s champion on my birthday. Then back again on my birthday at Summer Slam. My retirement and returning as Smackdown GM, it’s been a whirlwind,” she reminisces.

After reaching the lowest point in her life, Paige is back on top. Not only has she spurred her family business back home in England but has also launched her own makeup and clothing line. A trailblazer who carved her own path to success, her contribution to WWE women's wrestling won’t be forgotten anytime soon.