Local boy Subhankar Sharma, besides being the center of attention, will also be the highest-ranked Indian in the tournament at 72nd. 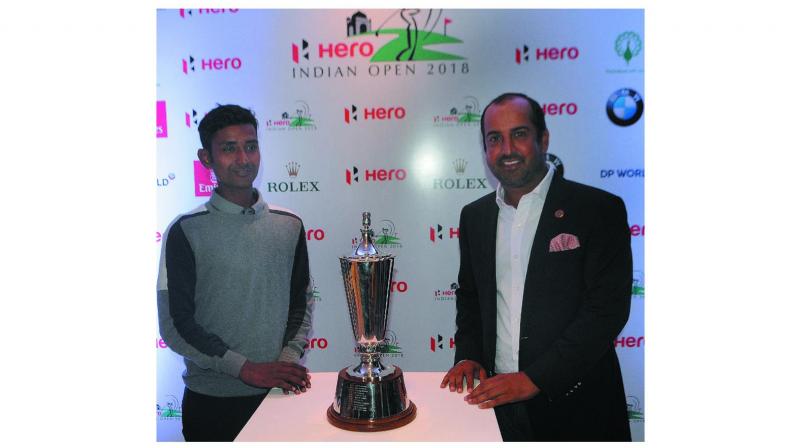 New Delhi: With home talent walking away with title over the last three years, the 54th edition of the Indian Open, sponsored again by Hero MotoCorp, could well witness a repeat, and from a wider pool of talent than has been the case in prior years.

The $1.75 million event, co-sanctioned by the Asian and European tours, will be played at the DLF Golf and Country Club in Gurgaon from March 8 to 11.

Between them, Anirban Lahiri and  S.S.P. Chawrasia have held up the elegant trophy from 2015 onwards and the Open this time will have a larger Indian contingent used to winning ways, in the race for top honours.

The sensational Subhankar Sharma will of course be the cynosure of many eyes. Others in the strong Indian contingent will be Shiv Kapur, Gaganjeet Bhullar and Ajeetesh Sandhu, also recent winners on the Asian and European tours, Jeev Milkha Singh, Arjun Atwal and Jyoti Randhawa.

Local boy Subhankar Sharma, besides being the center of attention, will also be the highest-ranked Indian in the tournament at 72nd.

Just behind him is 2015 winner and PGA Tour regular Lahiri.

Said Kapur at the launch event here on Tuesday, “For a Indian golfer, it is like the fifth Major. Every golfer dreams of winning his or her national championship.”