The first Indian to break into the top 10, Dipika, said the Squash Rackets Federation of India (SRFI) needs to have a structure. 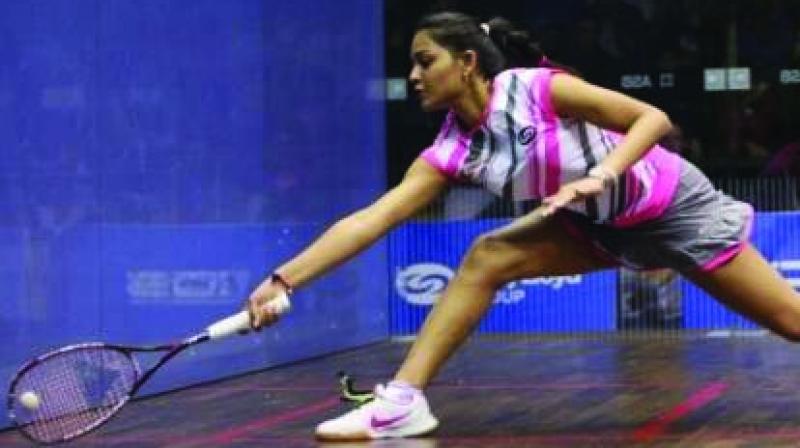 Dipika, who is currently taking a break from the professional circuit, also said the federation doesn't communicate with the players before taking key decisions. (Photo: File)

New Delhi: India's leading squash player Dipika Pallikal on Friday slammed the national federation SRFI for failing to appoint a coach since April 2018 and said that the state of the sport in the country is "disheartening".

The Indian players have been training without a full-time foreign coach ever since Egyptian Achraf Karargui left on a bitter note ahead of the Commonwealth Games in April last year.

"If you want to try and take squash forward in the country, the first rule is to have a coach. It's just bizarre to head to the Commonwealth Games and Asian Games without a coach. It's just disheartening to see what is happening to Indian squash," Dipika told PTI on the sidelines of the launch of the Adidas VRCT jacket.

The first Indian to break into the top 10, Dipika, said the Squash Rackets Federation of India (SRFI) needs to have a structure in place for Indians to become a formidable force at the world level.

"There has to be a proper structured program, scheduling etc in place. To try and become world champions a lot of planning has to be done. It's not the best scenario in the country right now without a coach."

She said top players like herself, Joshna Chinappa, Saurav Ghosal escape the charade of the coaches coming and going by basing themselves abroad. However, the juniors don't have the liberty to do that and the federation needs to provide them proper training and guidance.

"After Joshna and myself there is no one. How are you going to fill the No 3, 4, 5 spots? If things continue like this, in 5-6 years we will not have any players. It is scary to where squash will be in the next few years.

Earlier this year, the SRFI had decided against hiring a full-time coach and instead opted for event-based coaching which has not materialised yet. Dipika was hesitant about the concept.

"Personally I don't think that will work. Because it's like saying I'm going to be with someone else and when I have a tournament, someone else is going to coach me.

"That person may have nothing to do with your game. The connect won't be there which is very important. The player needs someone fulltime. I don't how it will work out but personally, it won't work for me."

Dipika, who is currently taking a break from the professional circuit, also said the federation doesn't communicate with the players before taking key decisions.

"I haven't been on the tour for a year but before that, the federation never took the opinions of the player.

"They didn't come to us to ask if we needed Achraf in the CWG. In the Asian Games, there was this huge drama over national coach and Saurav, Joshna and myself ended up coaching each other."