The 25-year-old won the GSC-All India squash Open to keep his recent domination going over his training partner and namesake Agarwal. 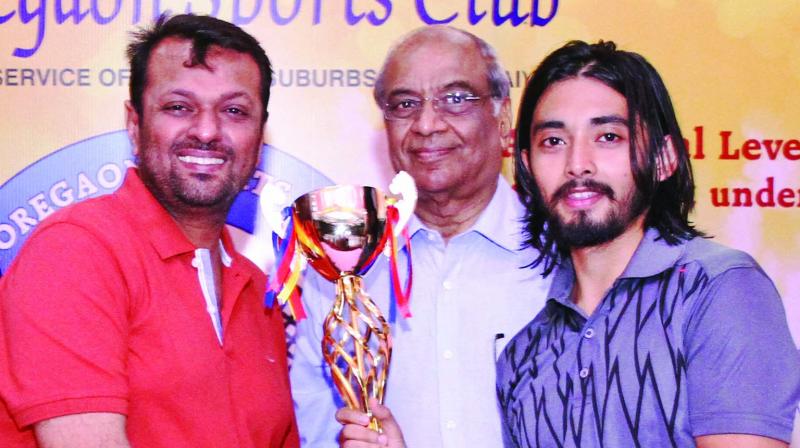 After making a comeback to the professional circuit last year, city based squash player Abhishek Pradhan has started to sweep tournaments in the city. The 25-year-old won the GSC-All India squash Open at Goregaon Sports Club.

The top seed outclassed his training partner Abhishek Agarwal 12-10, 11-2, 3-11, 13-11 in the final on Thursday. Pradhan had defeated Agarwal in the final of NSCI All India Open Squash Tournament last month. The Borivali resident also got the better of Agarwal in the national semi-finals in Pune last month before losing to his childhood friend and rival Mahesh Mangaonkar in the final.

In absence of India No 2 Mangaonkar and India No 3 Vikram Malhotra, who are both currently based abroad, Pradhan is getting top seeding in most tournaments in the city and Agarwal is the second seed in recent times. Both have been meeting quite regularly in the finals.

“I train with Agarwal and we know each other’s game very well. He defeated me in an international tournament in Qatar last year. But this year, I have defeated him in 4-5 tournaments,” said the India No 5 on Friday.

Pradhan was a regular at the circuit in his junior days before he went to the US to study Economics and Management in Franklin & Marshall College for three years. He later came back to help his father with his pharmaceutical business and started playing squash again during his free time.

It was last year only he started training seriously and participated in professional tournaments. This year, he played in Asian Championships in Malaysia in May and PSA Tour tournaments in Malaysia and Hong Kong in April and March respectively.

“I have been participating in a lot of tournaments in India and abroad. I have traveled a lot and brought down my world ranking from around 550 to nearing 200 (207). Now I will get to participate in top level tournaments also across the world,” Pradhan added.

The clutch of tournaments has been taking a toll on his body but he has learnt to cope with it and is determined to make up for the lost time. “I am making my body strong. I have many tournaments coming up. I have a tournament in Kolkata from July 18 and from August 2, I will be participating in the HCL PSA 10k tournament in Noida,” he said.

Chandigarh’s Prthivi Singh fought all the way in a battle of ups and downs to get the better of Maharashtra’s Advait Adik in a thrilling boys under-19 final, which went to the wire before the Chandigarh lad prevailed at 8-11, 11-9, 11-8, 9-11, 11-9.

However, the most pleasing display came from local boy Purav Rambhia, who upset top seeded Ishaan Dable, also Maharashtra 11-8, 11-9, 11-7 in the boys under-11 final.