The after-effects of nose cancer forced the badminton great to announce his retirement on Thursday after a hall-of-fame worthy career. 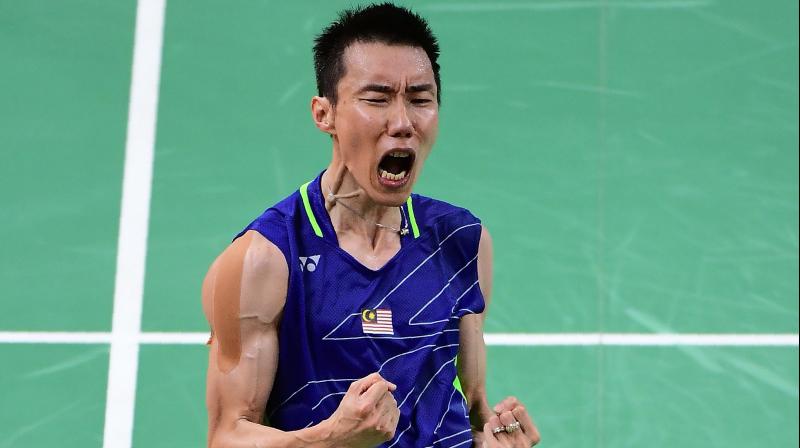 The after-effects of nose cancer forced the badminton great to announce his retirement on Thursday after a hall-of-fame worthy career.

Even though he was cleared of cancer, Chong Wei hasn't played any tournaments this year because his shoulders weren't strong enough to endure the stress of the high-intensity training that extended his professional career to 19 years.

Chong Wei was expected to retire after the Rio de Janeiro Olympics in 2016 when he won his third consecutive singles silver medal, but he was so driven to win Malaysia's first Olympic gold that he played on in hope of retiring after next year's Tokyo Games, when he would be 37.

He even took a month, after a visit to doctors in Japan revealed the damage done to his body in recovery, to come to terms with having to stop playing professionally.

"It is a very tough decision. Badminton is my life. Now my health is the priority," Chong Wei said, briefly breaking down at his news conference at the Malaysian Sports Ministry in Putrajaya.

Sports Minister Syed Saddiq Abdul Rahman called Chong Wei "a hero to all Malaysians" for his fighting spirit that had inspired the nation.

"It will be difficult to find another icon like Lee Chong Wei," Syed Saddiq said. "Someone like him comes once in a lifetime."

Syed Saddiq announced Chong Wei will be Malaysia's chef-de-mission at the Tokyo Games.

The Olympics helped to define Chong Wei, who was ranked No. 1 for 200 straight weeks from 2008-12 and won 69 major titles, including 47 in the super series, four All England Opens, and two Asian championships. But not the Olympics or world championships.

Ranked No. 1, he was overwhelmed in the 2008 Beijing Games final by rival Lin Dan and met the Chinese superstar again in an epic 2012 London Games final which drew an estimated global TV audience of more than 1 billion. Chong Wei won the first game, Lin won the second and edged the third 21-19. They returned for Rio in 2016, and Chong Wei defeated Lin in a dominating semifinal performance.

But in the final, he couldn't overcome world champion, Chen Long.

After each Olympic defeat, Chong Wei apologized to Malaysians for failing to win the gold. But of Malaysia's 11 medals in Olympic history, seven of them silver, Chong Wei won three.

The rivalry between Chong Wei and Lin that developed as juniors broadened badminton's appeal outside of its Asian stronghold.

Lin, who has a 28-12 record against Chong Wei, reacted on Weibo to his long-time friend's retirement.

"I am alone, now that there's no one to accompany me on the court," Lin wrote, adding a video of a song titled, "My friend, don't cry."

Besides the three Olympic silver medals, Chong Wei also lost the final of four world championships, two to Lin. He was stripped of the 2014 worlds silver after testing positive for an anti-inflammatory drug that's not allowed to be taken in competition. His ban was lifted after eight months when the Badminton World Federation decided he wasn't trying to cheat.

Asked if he had any regrets, Chong Wei said: "I do regret 100 per cent that I could not win a gold (at the Olympics and worlds). Now I cannot get to 2020, but I hope another Malaysian can and I will help towards that."