In lead in the first half of the event, Harika's chances got dented with defeats in round six and eight 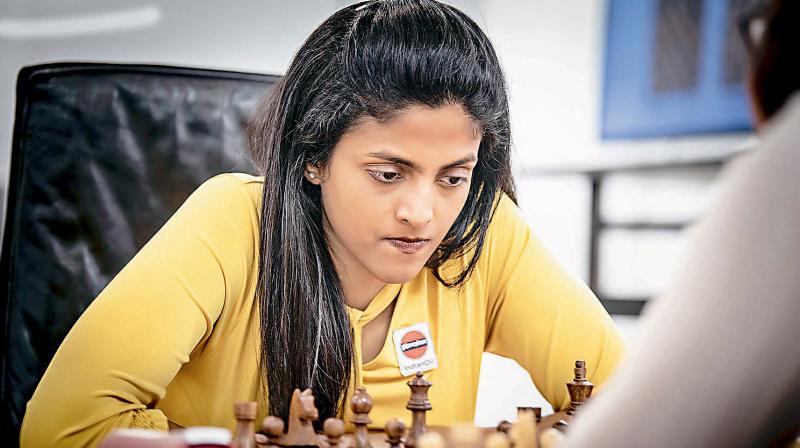 The Indian No.2 and Anna Muzychuk played out the draw in 31 moves in a Semi-Slav game late on Thursday.

The world No.9 Indian faces Mariya Muzychuk, a former world champion, in the 11th and final round later on Friday.

Also on five points with Harika are Mariya Muzychuk and Antoaneta Stefanova (Bulgaria).

Harika, who was in the lead in the middle part of the tournament, is out of contention for the top prize. Defeats in rounds six and eight to Alexandra Kosteniuk and Antoaneta Stefanova respectively, have hurt the Indian's chances after having picked up three points from the first four rounds.

Meanwhile, Georgian Nana Dzagnidze was joined at the top by Russian Alexandra Goryachkina. The two have 6.5 points and will meet in the final round later on Friday to probably decide the winner.

While Dzagnidze was held to a draw by Alina Kashlinskaya in the 10th round, Goryachkina humbled world champion Ju Wenjun in 36 moves.

The Chinese player had recently beaten Goryachkina to claim the world crown.

The 12-player tournament is the third in the series of four Grand Prix from which two players with the highest points tally would qualify for the next candidates event.