Gupta’s trained athletes have done well in the meet so far with Omkar Dalvi coming second to Kadam on Saturday after clocking 48.9 seconds. 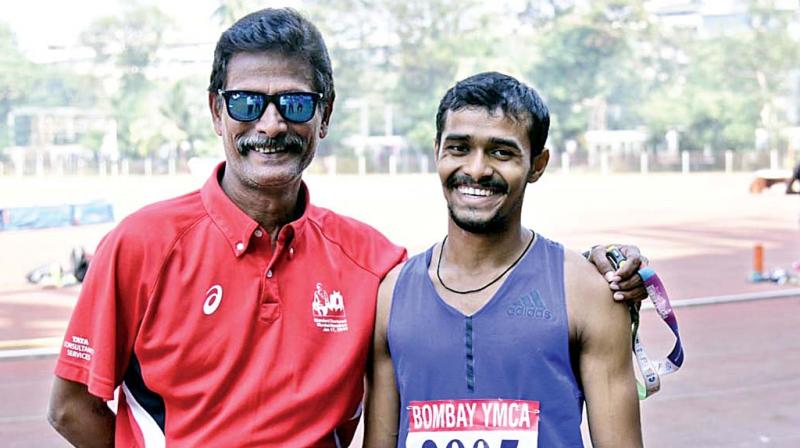 Kadam from Gupta Sports Academy in Kandivali ran impressively in 47. 9 seconds to get past Sabino Fernandes’ record of 49.0 seconds. This was Kadam’s third gold medal after winning 200m and 4x400m relay event.

On Friday, Kadam clinched the 200 metres gold with a time of 21.6 seconds and equaled Shashank Shinde’s 2017 meet record.

“I have been training hard and clocking timing of 47 and 48 seconds on consistent basis (in 400m). It was a fully satisfying win,” Kadam said on Saturday.

The record for the 20-year-old came days after he had been overlooked to represent Maharashtra in Khelo India Youth Games. “I had gone to Pune for the trials twice but wasn’t allowed to participate, as according to them I didn’t fulfill the standard and revealed they had already made selection in that event,” Kadam alleged.

“I had better timings than the athletes who are representing Maharashtra.  I had also won bronze in the All India University competition in 400m,” he said.

Gupta whose athletics career in his own words ended with knee injury after Asian Athletics GrandPrix in Pune (2007) said politics discourages hard working boys. “I went from pillar to post in Maharashtra Association (Athletics) to have a look at him. He was called first for trials later ignored on the pretext that they don’t consider bronze medal as a criteria but went with guys who had no medals. This discourages hard working athletes,” he rued.

Gupta’s trained athletes have done well in the meet so far with Omkar Dalvi coming second to Kadam on Saturday after clocking 48.9 seconds. Dalvi is second now in the meet record with Fernandes on third. On Friday, Isha Jadhav of Gupta SA created a new meet record of 61.8 seconds in Girls U-14 event.

Ironically, Kadam had started running in competitions just three-four years back after getting fed up in politics over selection in his preferred game Kho Kho. “I was always good in running but in school I was participating in school competitions. But after school, I concentrated on Athletics as there were lot of politics in picking teams for district and state level,” Kadam said.