The USD 405,000 event will witness a battle between world class athletes and India’s best. 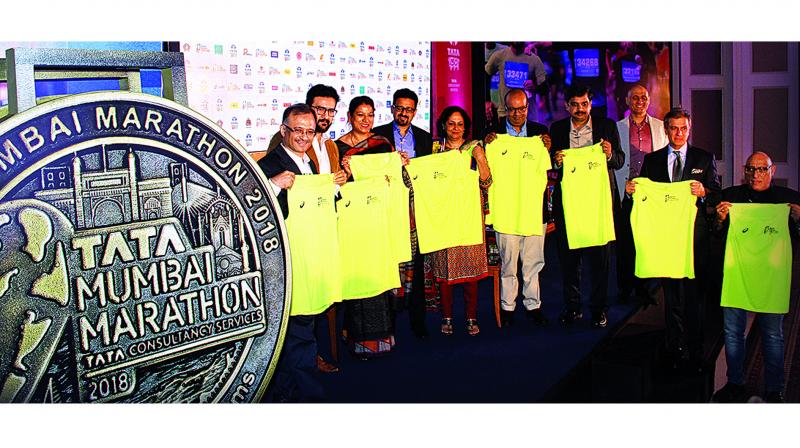 As the countdown to the marathon begins, Procam International, the promoters of the iconic event, today announced 4,4407 registrations including the creme de la creme in long-distance running, lining-up to vie for the top honours at Tata Mumbai Marathon 2018.

With an overwhelming response, the event heralded a new high with registrations across all six categories of races from over 30 nationalities. January 21 will bring together the elite, the working athletes, the differently abled, the young at heart, the affluent, the housewife, the industrialists, the celebrities, the police, the navy, the army, the college student, all showcasing the ‘Can Do…Will Do’ spirit of the event.

The feature race will witness a participation of 6,955 runners, while 14,950 runners will run the Half Marathon. The inaugural Timed 10K Run has 1,652 runners in its debut year. The Senior Citizens and the Champions with Disability Run will witness 1130 and 1220 runners, respectively. Mumbai’s favourite, the very colourful Dream Run will have 18,500 enthusiastic runners take to the road adding to the carnival-like atmosphere.

HIGHLIGHTS OF FOR THE 2018 EDITION

CHAMPIONS WITH DISABILITY: This category has been energised with the help of Adapt, an NGO that engages with this community. The category has seen a remarkable increase in participation numbers with 1,200 participants this year. The event will see Indian Paralympian and Medallist, Varun Singh Bhati encouraging and acknowledging all CWD participants.

INSPIRATION MEDAL: It is a creative outcome of the collaboration between Procam International and Chlorophyll Innovation Lab, the Innovations Partner for the event. A unique symbol of victory and inspiration, at first glance, it looks like one medal but can be split into two medals: one for the finishers and the other for those who inspired them to #bebetter. This year, every 42K finisher and his inspiration will be awarded this.