Fleetwood fired an eagle on the 11th, putting them on a firm path to victory. 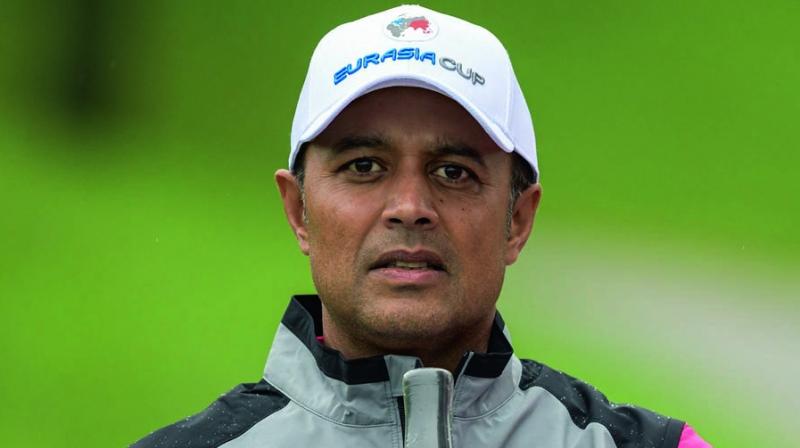 Kuala Lumpur: Asia got off to a stunning start to take a one point lead over their more fancied European opponents Friday on the rain-soaked opening day of the EurAsia Cup in Malaysia.

The team captained by Arjun Atwal of India won three of the six fourball matches and halved their final game to take a 3 1/2 to 2 1/2 lead over the European side skippered by Thomas Bjorn.

Bjorn is also the Ryder Cup captain, and the match play tournament here is a great chance for him to test players in a team environment before the showdown against USA in Paris.

Europe took an early lead, with Englishmen Tommy Fleetwood and Paul Casey defeating Thailand’s Kiradech Aphibarnrat and South Korea’s An Byeong-Hun for a 4 and 3 win.

Race to Dubai champion Fleetwood put the duo ahead with a birdie, before Casey extended their lead with an eagle on the third hole.

Fleetwood fired an eagle on the 11th, putting them on a firm path to victory.

But Team Asia drew level in the next match after South Korea’s Kang Sung-Hoon and Thailand’s Poom Saksansin won 5 and 4 against Sweden’s Henrik Stenson and Frenchman Alexander Levy. They dominated throughout, with Kang firing birdies on the first two holes, and Poon scoring a birdie on the 14th. Japan’s Yuta Ikeda and local favourite Gavin Green extended Asia’s advantage with a 2 and 1 triumph over Belgium’s Thomas Pieters and England’s Matthew Fitzpatrick.

Both teams were all square going into the final stretch, but Green fired birdies in the final three holes to edge his European opponents.

English pair Ross Fisher and Tyrrell Hatton clawed back some ground for Team Europe with a win over Anirban Lahiri and S.S.P Chawrasia, before Japan’s Hideto Tanihara and Thailand’s Phachara Khongwatmai scored a two-hole triumph over Sweden’s Alex Noren and Ireland’s Paul Dunne.

In the final match of the day, China’s Li Haotong fired a birdie on the 18th, to halve their match against Austria’s Bernd Wiesberger and Spaniard Rafa Cabrera Bello.
— AFP