‘Working on attack for Asian Games’

The team also struggled to convert penalty corners, with only three successful attempts from 20 chances at the Cup. 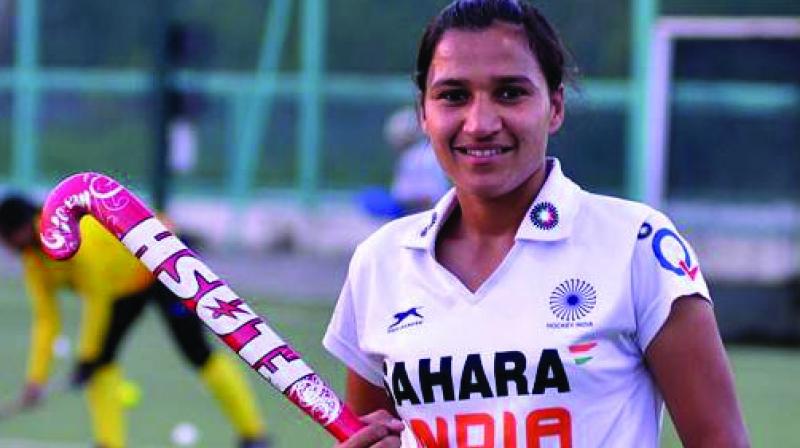 Bengaluru: The Indian women’s hockey team came close to reaching the Hockey World Cup semifinals in London recently but lost to a spirited Irish side on penalties in the last eight stage.

“It is the manner of that loss that hurt the most,” said skipper Rani Rampal here, who is now determined to put up a good performance at the Asian Games in Jakarta.

In the last leg of their preparation at the Sports Authority of India centre here before leaving for the Asian games, Rani is optimistic of the team’s chances at the Games.

On their preparations for the upcoming Asiad, Rani said that they were working on converting their chances, which was a missing link at the World Cup.

“We defended well at the World Cup. Our defence was well organised and for the Asian Games we are concentrating on our attacking play,” said Rani.

The team also struggled to convert penalty corners, with only three successful attempts from 20 chances at the Cup.

With not much time left for the Games, the team think-tank has been working on improving players’ decision-making inside the scoring circle.

“We trained this week on how we can improve our shootouts,” Sjoerd Marijne, head coach of the women’s team, said.