The game, which started at Bombay Gymkhana in pre-independence era, is now spreading to remote areas in Maharashtra. 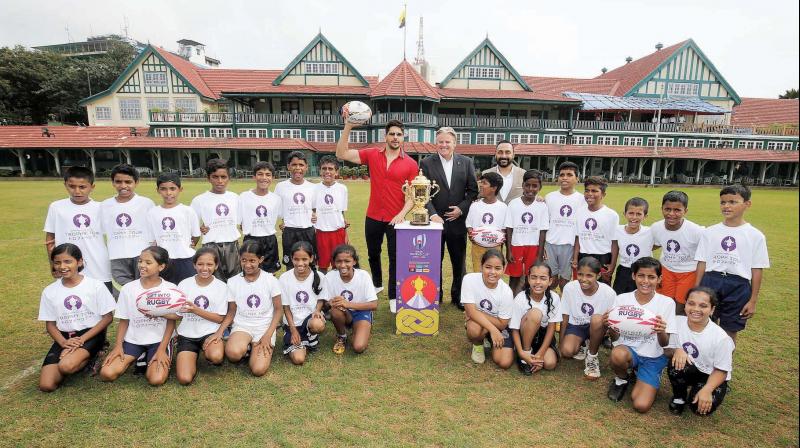 Mumbai has been the home of Indian Rugby, but now other districts in Maharashtra are also starting to catch up. Players from smaller districts like Kolhapur have started to represent India at international levels.

“Maharashtra has become a hub of rugby in India. Thirty odd districts are actively participating at state level tournaments. Mumbai had a rich tradition and history and it continues to take it forward,” said General Manager of Rugby India, Nasser Hussain.

Maharashtra has been doing well at the national level tournaments and producing players to represent the country.

“We have taken rugby to remote areas in Maharashtra including Gadchiroli, Chandrapur, and Gondia. Maharashtra’s  State Rugby Team has brought laurels to the state by winning the gold medal at two consecutive occasions in National Games of India,” Rugby Association of Maharashtra, joint secretary Sandeep Mosamkar informed.

Nasser who is from Mumbai started playing Rugby at Bombay Gymkhana like his father Aga Hussain. He later led the Indian National Men’s team for 12 years and was also the captain of Indian Rugby Team for 2010 Commonwealth games held in New Delhi.

“Mumbai is where the home of Indian Rugby is. We started playing at Bombay Gymkhana and it has always been supportive. It is fitting that Rugby World Cup, which came  to India for the first time, was displayed at Bombay Gymkhana. It then went to Delhi as it is where Indian Olympic Association, Sports Ministry etc is and Bhubaneswar is coming up fast in Rugby,” Nasser added.

Rugby’s greatest prize, the Webb Ellis Cup travelled first to New Delhi, then to Mumbai and lastly to Bhubaneswar in India as part of the Rugby World Cup 2019 Trophy Tour, aiming to engage and excite new and existing rugby fans and players.

Bringing some Bollywood sparkle to the event, Sidharth Malhotra, who has played rugby at club level, joined former Rugby India International player, actor and director Rahul Bose; World Rugby CEO, Brett Gosper; Aga Hussain and Rugby India General Secretary, Mahesh Mathai to celebrate the game ahead of Japan 2019. This will be the first time Rugby World Cup will be hosted in Asia.