The lack of infrastructural support from the government has prevented the state to produce the likes of Saina Nehwal, PV Sindhu. 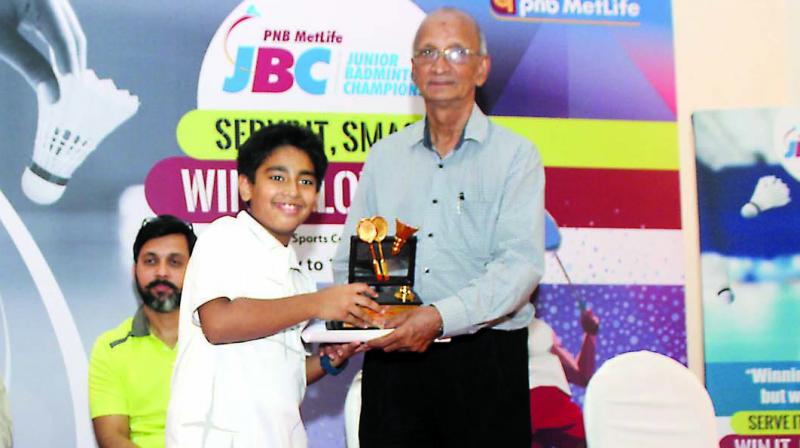 Sundar Shetty handing over awards at a city junior championship.

Saina Nehwal, PV Sindhu, Kidambi Srikant and HS Prannoy - these are the names that would be taken while discussing the best badminton players in the country currently. Every one of these shuttlers is either based in the Southern part of India or trains over there.

However, in a state like Maharashtra, there has been no such talent that has reached the grand stage. There are only handful players of the likes of Ajay Jayaram and Chirag Shetty.

The Maharashtra Badminton Association (MBA) argues that even after witnessing medals in the country, parents are negligent. “They see that the players are doing well in South and their kids cannot match them. If you see, players from Maharashtra are the ones who win in the junior championships,” says Sundar Shetty, secretary of MBA.

“So many youngsters are there, they are so promising but they are interested in education. In the south, they give importance to the sport, but here parents don’t agree. We cannot stop them from that, it’s their decision to make,” he adds.

There are around 20 academies in Hyderabad for badminton  coaching while Mumbai has about seven. Private bodies and not the associations run all of them.

In other sports, it is the association that creates that required infrastructure for the athletes to train. Here, Shetty says that he has been fighting for over a decade to get the facilities and land from the government.

“For the last 20 years, we have been trying to get land from the government,” he says. “Even when Vilasrao Deshmukh was the Chief Minister, I tried meeting him so many times in the past, but never got the chance,”he adds.

Finally, the former CM Ashok Chavan promised him two acres of land to build an academy. But unfortunate developments led to nothing. “I met him (Ashok Chavan) at a final  of a game. Gopi (Pullela Gopichand) and Saina (Nehwal) were also present. Then he told me that the government will give MBA two acres of land,” recalls Shetty.

Three months after giving his word, Chavan  resigned in November 2010. The only hope for Shetty to get some land was washed away.

The struggle to get the proper infrastructure is still in progress for MBA with a new President Arun Lakhani, from Nagpur, coming into power. His post as the vice-president of Badminton Association of India could help the proceedings for the state.