For fans already worrying about missing Cena, he is stepping into the movie business alongside Vin Diesel in the 'Fast and Furious 9'. 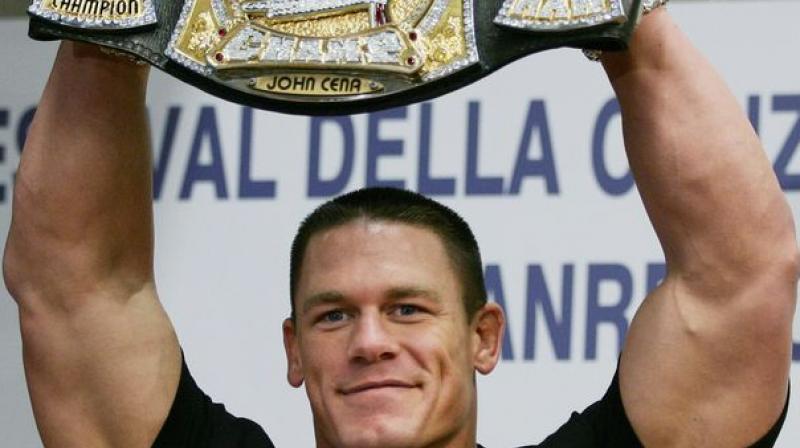 Cena also asserted that he is healthy and fine, his wrapping up of the wrestling career isn't due to any injury. (Photo: AFP)

Washington: American WWE wrestler John Cena, who has been the World Champion 16 times, has finally admitted to his thoughts of wrapping up his wrestling career.

"I think an individual's career is up to the individual, I think that's pretty much the way I can describe that," TMZ quoted Cena as saying.

"I'm only 42 but it's something we've got to address each day. It's individually specific - when those people are ready to stop they'll stop," Cena added on his retirement plans.

However, Cena also asserted that he is healthy and fine, his wrapping up of the wrestling career isn't due to any injury.

Cena's last major encounter was in April 2018 when he lost against The Undertaker in an impromptu match which lasted just 2 minutes and 45 seconds.

The wrestler isn't expected to quit immediately and would likely stay associated with the WWE universe in one way or the other.

For fans already worrying about missing Cena, the wrestler is stepping into the movie business alongside Vin Diesel in the 'Fast and Furious 9'.

He added, "I'm very grateful to Vin Diesel for certainly orchestrating it all and making it happen."

In an interview given to Environmental Weekly earlier, Cena said, "I'm surrounded by a group of people who are better than I am and such skilled people with so much experience, so what a great environment to learn from. I give everybody who is attached to the franchise and who enjoys the franchise the promise that you will get my absolute best."

Cena's role is kept under tight wrap for now. No details about the storyline have been shared as of yet.