McLaren team pulls out of Australian Formula One Grand Prix 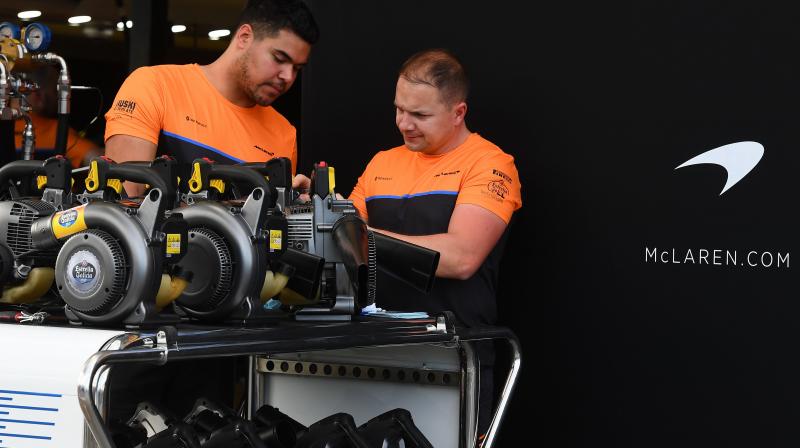 Members of the McLaren team work in pit lane at the Albert Park circuit ahead of the Formula One Australian Grand Prix in Melbourne on Wednesday. AFP Photo

Melbourne: The British-based McLaren Mercedes Formula One team on Thursday pulled out of the season-opening Australian Grand Prix after one of the team members tested positive for coronavirus.

McLaren says the person was self-isolated as soon as he started to show symptoms and ''will now enter a period of quarantine.''

Team officials have taken the decision to pull out of Sunday's race ''based on a duty of care'' for McLaren employees and the wider Formula One family.

Qualifying was scheduled to start Friday.