Harika held to a draw in 9th round game by Kashlinskaya

Players signed peace in 31 moves of a French defence game 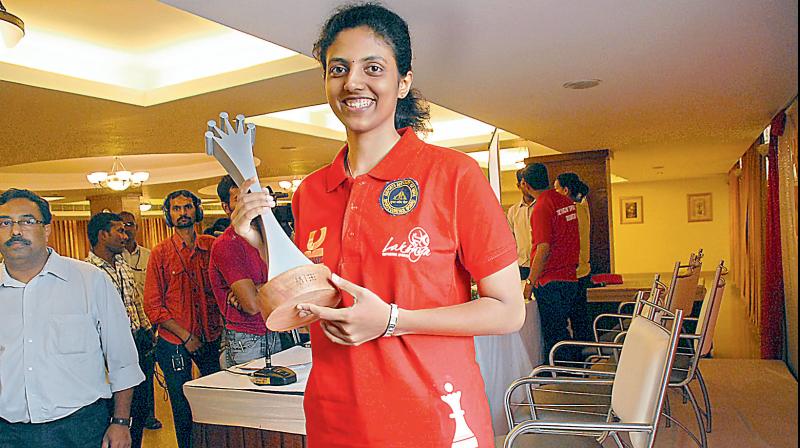 Harika has 4.5 points. The Indian No.2 had to share a point after the Russian International Master, with a lower Elo rating (2485) to hers (2517), managed to hold her own.

The duo signed peace in 31 moves in a French defence game late on Wednesday. Harilka, the world No.9, faces Ukraine's Anna Muzychuk in the 10th and penultimate round later on Thursday.

Georgian Nana Dzagnidze jumped into sole lead with a superb win over world champion Ju Wenjun. She now has seven points and leads her nearest rival Alexandra Goryachkina, who has 5.5 points.

Dzagnidze surprised the Chinese player with an attacking game and prevailed in 82 moves.

In the only other decisive game of the day, former world champion Alexandra Kosteniuk, who has been struggling in the event, outlasted veteran Swede Pia Cramling in 91 moves.

The 12-player tournament, featuring world champion Wenjun among others, is the third in the series of four Grand Prix from which two players with the highest points tally would qualify for the next candidates event.