Nitesh, Kanishk smoothly sail in the round of 64

Kaniskh kept it simple and potted steadily to comfortably win the first two frames to grab a 2-0 lead. 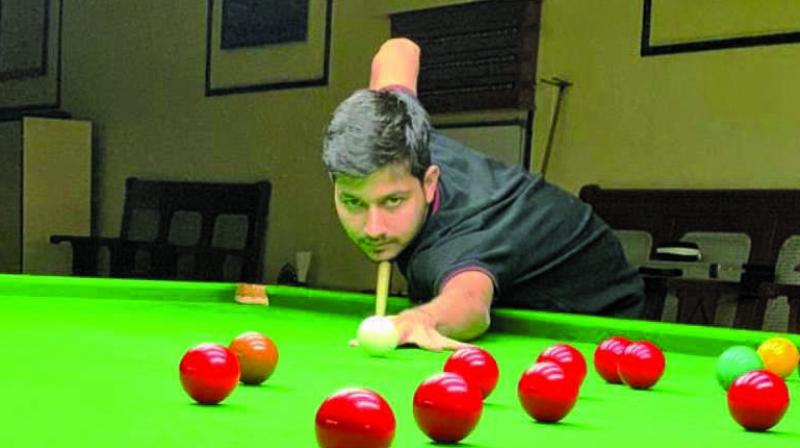 Mumbai cueist Nitesh Madan produced another superb performance to roll past city mate Avenish Shah of MCF by a quick 3-0 verdict in a third round match.

Nitesh of Bombay Gymkhana, continued with his impressive showing and maintained his fine run of form as he blanked Avenish Shah of Mandpeshwar Civic Foundation, Mumbai by a 3-0 margin in a third round match. Displaying a calm, composed approach Nitesh, who has not dropped a frame in the two earlier rounds, cruised to a 77-37, 46-26, and 67-9 win. He made a break of 48 in the third frame.

Earlier, the home challenger Kaniskh Janjaria of Cricket Club of India halted the fine run of Bombay Gymkhana’s Abhishek Bajaj by winning their third round contest coasting to a fluent 3-1 win. Kaniskh kept it simple and potted steadily to comfortably win the first two frames to grab a 2-0 lead.

However, a slight lapse in concentration allowed Abhishek to win a close third and bridge the gap. But, Kanishk regained his touch and form and pocketed the fourth to complete a satisfying 59-27, 62-28, 61-66 and 55-39 win to march into the fourth round.

Meanwhile, Khizar Raoof of Telangana came from behind to overcome Karnataka’s R. Santosh Kumar  3-2 in a well-contested second round match late Saturday evening. Dr. Khizar lost the first two frames but in remarkable fashion went on to pocket the next three frames to clinch a 9-55, 20-55, 51-41, 63-55 and 67-37 victory.