Hamilton felt that Vettel would take lessons from his 2017 slump and come back even stronger. 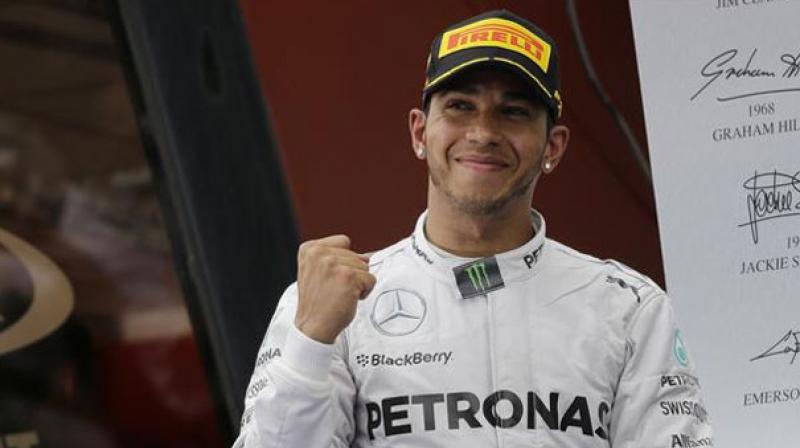 Hamilton won the title with a margin of 46 points over Vettel after the Ferrari driver's campaign imploded with crashes and reliability issues and resulted in a series of poor results in Singapore, Malaysia and Japan. (Photo: AP)

Despite Vettel leading the title chase for the first half of the Formula One championship, it was Hamilton who eventually took his fourth drivers' championship title.

Hamilton won with a margin of 46 points over Vettel after the Ferrari driver's campaign imploded with crashes and reliability issues and resulted in a series of poor results in Singapore, Malaysia and Japan.

However, Hamilton insisted that Vettel was under pressure like he had never been before and that it eventually became too much for him to bear.

"Seb showed more nerves this season than before. None of us are superman, and everyone can fail under extreme pressure," Sport24 quoted Hamilton, as saying.

The Briton also gave the example of tennis rivals Rafael Nadal and Roger Federer to explain his point."Some reached that point sooner, others later. It's like tennis. If Federer plays against Nadal, one waits for a small weakness in the other, because half a percent is enough," he said.

Hamilton, however, felt that Vettel would take lessons from his 2017 slump and come back even stronger next season.

The Mercedes driver further said that he thrived under pressure and was all set to go into the battle with his fellow four-time world champion next year.

"You saw it at the end of the season. Suddenly I had no more pressure and was not very good. I compare this season with a 100m sprint by Usain Bolt. He often gets a bad start but then he comes back," he said.

"I'm assuming that he [Vettel] recovers his strength for next year, but I'm not afraid," Hamilton said. Hamilton became a four-time world champion following a ninth-place finish at the Mexican Grand Prix, the race which was eventually won by Red Bull's Max Verstappen.

The Mercedes driver, however, failed to continue the momentum after clinching the title and finished at the fourth and second spot respectively in the final two races of his spectacular 2017 season.