Though we all want to win but you can’t win everyday. You will rise one day, you will fall another. That’s how it is. 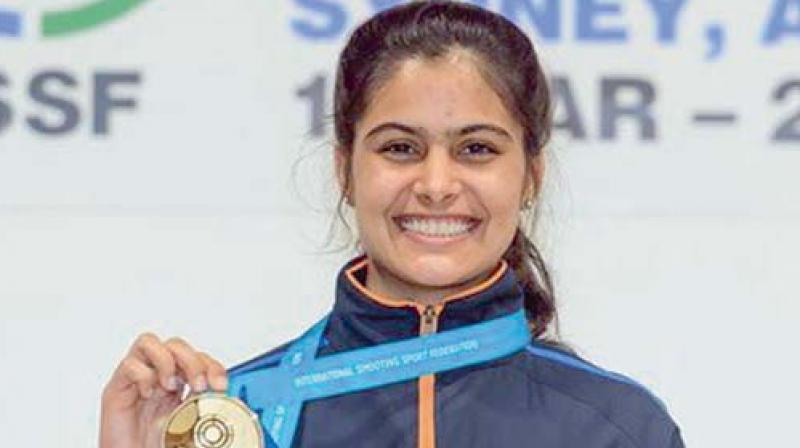 New Delhi: Jaspal Rana feels the Asian Games heartbreak was a blessing in disguise for Manu Bhaker, who went there as the one who could do no wrong, only to fall and rise again in a matter of weeks.

The moment of glory at the Youth Olympics, according to the acclaimed shooter-turned-coach, makes her a strong Olympic medal hope, alongside a few of her contemporaries.

Delighted as much as he was after the 16-year-old Bhaker rediscovered her form with a first-ever gold medal for India in shooting at the Youth Olympics on Tuesday, Rana admitted that not being able to continue her medal-winning run in Indonesia may have proved to be a boon, as she learns to not only take failures in her stride, but also overcome them.

A multiple Asian Games and Commonwealth Games gold medallist and now the junior national coach, Rana put in a lot of emphasis while calling the likes of  Bhaker clear “Olympic materials”.

“These shooters are clearly Olympic materials and we should be careful in preparing them for glory in the world’s biggest sporting event. I am really happy with the way our shooters have performed here (Buenos Aires). We already have three medals and could have actually had two gold,” Rana said.

The 42-year-old was referring to rifle shooter Mehuli Ghosh’s medal, the colour of which could have been yellow instead of white, if she had scored better than 9.1 in her 24th and final shot.

Asked about Bhaker’s Asian Games heartbreak, Rana felt it was all part of the game, but expressed his happiness over the way the Jhajjar-girl roared back to form to top of the podium.

“Yes, I think definitely that could help. Though we all want to win but you can’t win everyday. You will rise one day, you will fall another. That’s how it is.

“But she has done well and I am really happy for her. There was pressure and there were so much expectations, which I don’t think is fair. At the end of the day, one must remember that she is just a 16-year-old.

“She may not win everyday, but the experience will help her become a better shooter,” Rana said.

The Senior World Cup double gold-medallist and CWG champion Bhaker shot 236.5 to finish on top of the podium in the women’s 10m air pistol event, making up for the heartbreak at the Asian Games and the World Championship, where she could not live up to her billing.