Pressure and responsibility will now be more. I know everybody will mark me now after the World Championship. 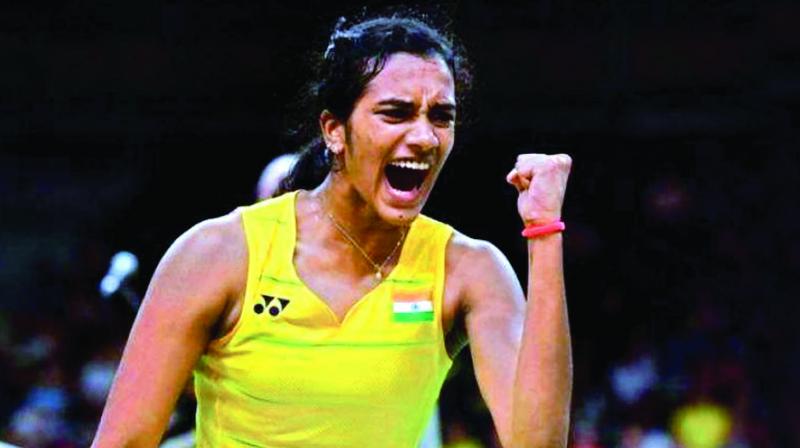 New Delhi: The World Championship gold gave badminton ace P. V. Sindhu a lot of confidence and is one of the highest points of her career. But at the same time the new-found success has also put her in the spotlight.

The 24-year-old says she will now be constantly under the scanner and would need to constantly discover “new strategy” in her game to maintain her stranglehold on international badminton.

“Pressure and responsibility will now be more. I know everybody will mark me now after the World Championship. Now I have to really work harder and change a few things and come with new things because everyone can see my game and know what I am playing. So I have to go with new strategy every time I go into the court,” Sindhu said here.

“I am preparing for China and Korea Open, I will be leaving in a few days, that is my immediate goal. I hope to give my best,” she said on the sidelines of the PNB MetLife Junior Badminton Championship.

“This (gold) medal gave a big boost and I will move with this confidence. There are many events before Olympics, so I will just give 100 percent instead of taking pressure.”

The 24-year-old from Hyderabad said the World Championships gold medal took a long time coming and it was a result of hard work, besides all the sacrifices that her parents have made over the years.

“I have been wanting this gold for five years. I have been losing every time. I also used to feel sad, but I always kept fighting back and working hard. My parents made a lot of sacrifices for me,” she said.

“Coaches role also has been important. My first coach was Mehboob Ali and then I have been under Gopi sir since I was 10. In badminton, you need to have a strong mindset.”