Srikanth, a former world No. 1 whose best finish this season has been a semifinal appearance at the Malaysia Open, will face China’s Huang Yuxiang. 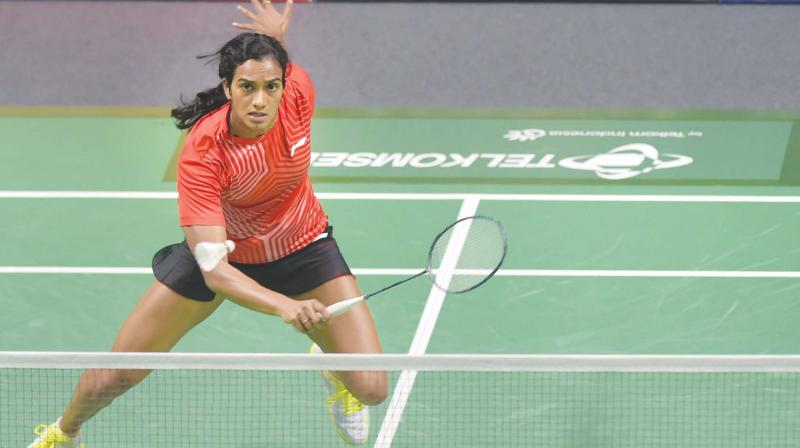 Tokyo: A historic Asiad silver added to her path-breaking career collection, ace Indian shuttler P. V. Sindhu would be desperate to break the final jinx that has plagued her for a while when she competes at the Japan Open beginning here on Tuesday.

Sindhu has been outstanding this season with silver medals in all the major events — the Commonwealth Games, the World Championship and the Asian Games.

But the questions that have been staring at the Olympic silver medallist is not being able to go the full distance in marquee summit clashes.

Heading into the Asian circuit events, which include China and Korea, Sindhu would look to put these questions to rest.

The third-seeded 23-year-old begins her campaign against Japan’s Sayaka Takahashi. She is expected to reach the quarterfinal where she is likely to face the three-time world champion Carolina Marin or the formidable Akane Yamaguchi of Japan.

Among the men, Kidambi Srikanth and H.S. Prannoy will look to get over the disappointing campaigns at the World Championship and the Asian Games and go deep into the draw.

Srikanth, a former world No. 1 whose best finish this season has been a semifinal appearance at the Malaysia Open, will face China’s Huang Yuxiang.

Prannoy takes on Jonathan Christie, the Indonesian who earned his country a maiden Asian Games gold in August. Sameer Verma, who clinched the Hyderabad Open Super 100 tournament on Sunday, will look to continue his good run when he faces Korea’s Lee Dong Keun.