After Asian Games disappointment, the city shuttler with his partner Satwik showed grit and determination to win Hyderabad Open. 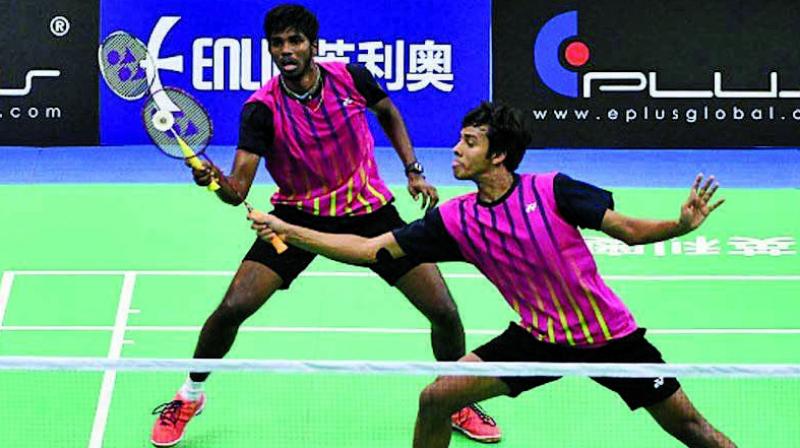 We had a chance to comeback with a medal but electrifying crowd was the factor. We learnt to stay calm in pressure situations,” Chirag added.

City shuttler Chirag Shetty shrugged off the Asian Games disappointment by winning his first BWF Super 100 title with his partner Satwiksairaj Rankireddy in Hyderabad Open on Sunday. The 21-year-old Goregoan resident spoke about the need to stay calm in pressure situations after he and Satwiksairaj lost their matches in three setters in men’s doubles and men’s team event to return without a medal at the Asian Games last month.

But the pair headed straight to Hyderabad from Jakarta and showed grit and determination to justify their top billing and win their first international title in more than a year. The India No. 1 pair spent just 26 minutes on the court to get the better of the third seeds from Indonesia Akbar Bintang Cahyono and Moh Reza Pahlevi Isfahani with score of 21-16, 21-14 in the men’s doubles final on Sunday.

“My family has always been supportive in win or loss situations they always keep pushing me. I also spoke to Uday sir after Asian Games and he did point out a few mistakes which I am working on,” said Chirag who remains mostly out for national camps and competitions. He will now play in Japan Open and later travel to China.

Despite being out for camps and tournaments the rookie shuttler however makes a point to stay in touch with his coach and former International player at Goregoan Sports Complex, Uday Pawar. “Even though he stays out most times, he remains in regular touch with me to improve his game. He is a good student of the game. Players have their ups and down moments in their professional career. He has been with me since childhood and shares that comfort level with me,” says Uday.

The former stalwart who has a badminton academy at GSC gave tactical solutions to his student before the Hyderabad Open. “Even after the Asian Games  he talked to me and I gave him some advise like how to counter different opponents when they engage you in long rallies and push you to baseline. It is important to stay focused and stick to the task,” Uday added.

Asian Games maiden appearance was a learning curve for Chirag and his 18-year-old partner from Andhra Pradesh and they will now want to build on the win in future tournaments.

“Asian Games was really a good learning experience for us. We had a chance to comeback with a medal but electrifying crowd was the factor. We learnt to stay calm in pressure situations,” Chirag added.