It is a coming-of-age moment for the ancient Indian sport of kho-kho, which might see us glued to our TV screens, cheering the players on, soon. 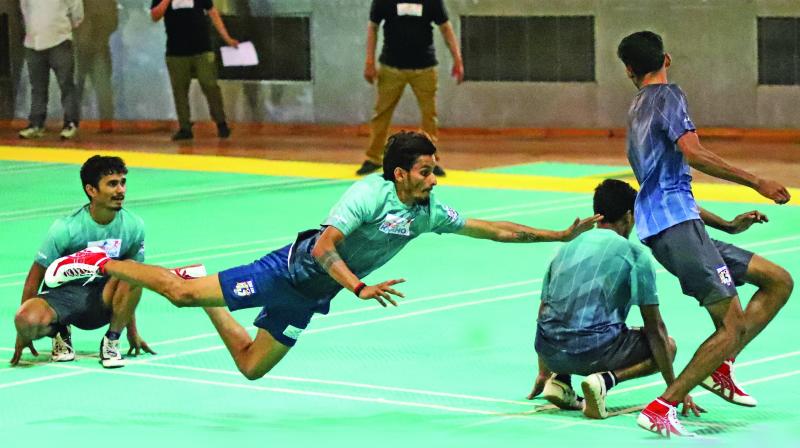 Remember kho-kho? Even if you did not play this quintessential ‘chaser and defender’ game in your school playground, you would have certainly seen it being played in parks and localities.

Remember kho-kho? Even if you did not play this quintessential ‘chaser and defender’ game in your school playground, you would have certainly seen it being played in parks and localities.

However, there is a lot more to what is perceived as a children’s game. An ancient sport originating in India and an intrinsic part of our culture, it is governed by the Kho Kho Federation of India, which has hosted or been involved with more than 15 events and championships, of which perhaps the most prominent is a recently announced IPL-esque franchise-based league. In fact, it will also be featuring as an exhibition sport at the 2022 Asian Games in Hangzhou, China.

As per the Federation, there exist over 10,000 individuals who play the sport professionally. One of them is Delhi-based Rajesh Kumar. Revealing how he began to play the sport, he says, “When I was a kid I used to play kho-kho just for fun. However, I never thought that the game will reach this level and will be considered a serious sport, especially in the past few years.” He adds, “I have been playing the game for the past 10 years now and I practice for at least seven hours every day for my upcoming tournaments.”

Indeed, now is the time sssswhen the game is really getting a push. The rules are being reworked; a kind of ‘reinvention’ is underway. These developments have come in the context of India’s fabulous international performances recently, including the 2016 South Asian Games gold, the Asian Kho Kho Championship gold, and the International Kho Kho Championships gold in 2017-18. This prods the Federation as well as the players to take the sport to new heights, just like the Pro Kabaddi League has done with kabaddi.

On the evolution of the game, Shiv Kumar Sen, another kho-kho player, says, “Earlier the game was played in the mud. Now, we have started playing on the mat and most of the stadiums have mat facilities now. There are many new rules that have been introduced in the game to make it more exciting and fun, such as two minutes have been waived off from the original nine minutes per round.” With four turns in two innings per match, the 28-minute matches will ensure the game becomes more action-packed.

Shiv also comments, “The Government is supporting the game a lot. For example, in the Railways and the BSF, there are many vacancies and opportunities for players to get government jobs. They have also introduced Khelo India Youth Games for players like us.”

Rajendra Sapte a kho-kho coach from Pune, who has also coached the Indian team, comments, “The future of kho-kho is very bright in India as an upcoming sport. There are many secure jobs, cash prices and tournaments for players, and, in 2022, we are planning that our team also participates in the Asian Games. Many countries are already participating in the game, so why not team India?”