The first two legs will be held in Chennai and Delhi before UTT shifts base to Mumbai for the Finale. 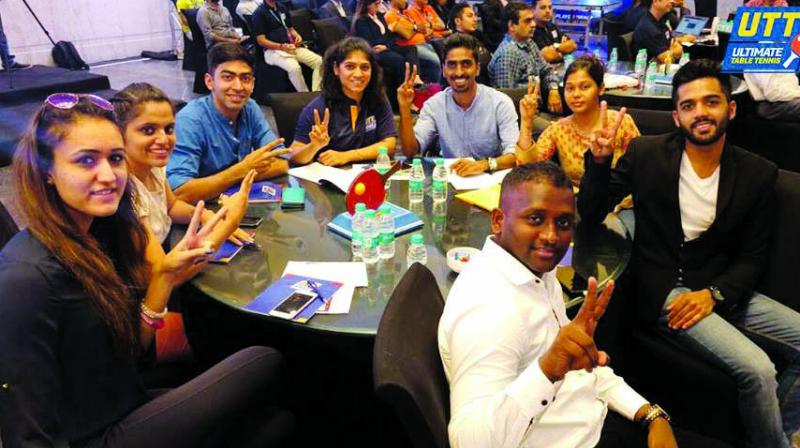 UTT is the brainchild of 11Even Sports Pvt. Ltd., which is devoted to promote the indoor sport in India.

The inaugural season of India’s first international professional league will be played from July 13 to July 30, 2017 in three different cities - Chennai, Delhi and Mumbai. The first two legs will be held in Chennai and Delhi before UTT shifts base to Mumbai for the Finale. It will witness some of the world’s biggest table tennis stars descend on Indian soil.

UTT is the brainchild of 11Even Sports Pvt. Ltd., which is devoted to promote the indoor sport in India. “It is a huge platform for table tennis in India as this will popularise the sport among the masses.  I am very happy that there is equal representation from men and women,” expressed Vita Dani, Chairperson of 11Even Sports.

Battle of the brothers
Mumbai finest and India’s number six Sanil Shetty was selected by Bayside Spinners as their third pick. Shetty had won the National Championships in 2014. As a kid, he was motivated by his elder brother Sachin Shetty to pick up the racket. The latter is the coach of the franchise RP-SG Mavericks, which is owned by Sanjiv Goenka. Although the brothers will not play against each other but it will be an interesting face-off. “He knows my style of play but I will give my best against his team or any other team,” said the younger one, Sanil.

The Women’s Champion
Madhurika Patkar, a 29-year old who hails from Thane had won her maiden National Championship Title this year in February. Dabang Smashers as their 6th pick selected her. “I am excited to be selected by the Dabang Smashers for the Ultimate Table Tennis. The team has good players and I’m thrilled to play alongside them. This league will definitely help the sport prosper in India. The four Indian players in my team are from ONGC so it already seems like a good mix to me,” stated India’s top women’s player Patkar who was present at the Players Draft.

Pooja Sahasrabudhe will represent Maharashtra United has won the Singles National Championship in the U-17 and U-21 events and as of February 2016 she is ranked no.3 in India in the Women’s Singles Category and is currently a member of the Indian National Women’s Table Tennis Team.

World No.7 Wong Chun Ting will play for Maharashtra United which is owned by Mumbai’s Gaurav Modwell who is also the CEO of the ISL team Pune FC while India No.1 Sharath Kamal will turn up for RP-SG Mavericks in the first edition of Ultimate Table Tennis League.