Mumbai Che Raja out to rule

The new kabaddi franchise of the inaugural edition of Indo International Premier Kabaddi League is confident of glory. 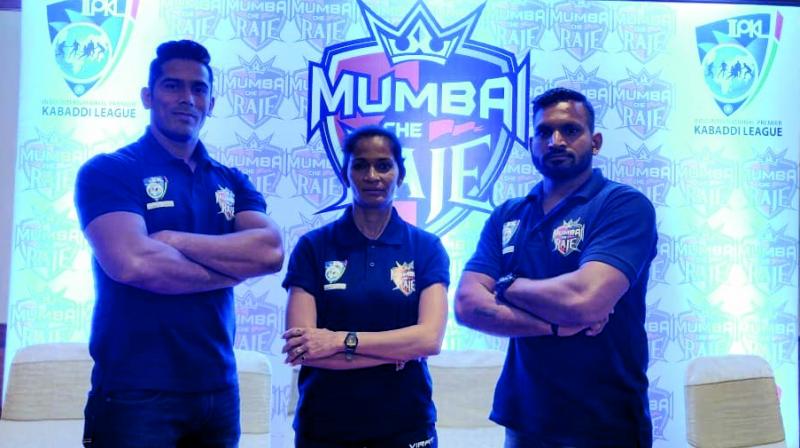 Mumbai Che Raje Skipper Shashank Wankhede is confident to bring the trophy home in the inaugural edition of the Indo International Premier Kabaddi League (IIPKL) organised by the New Kabaddi Federation (NKF). The new league is considered parallel to already successful Pro Kabaddi League (PKL) and Wankhede has experience of playing in the PKL for Bengal Warriors and Telugu Titans.

“We started training well before the other franchises on April 16 under three coaches. Teams are equal in the competition but we are better prepared and have the team to win the final on June 4 and bring the trophy to Mumbai on June 5,” Wankhede said on Friday.

The team is in the hands of experienced coaches Prakash Salunkhe and Sneha Karnale with Harsh Tawde assisting them. These coaches have given training to state-level teams and Maharashtra Police Men’s and Women’s Kabaddi teams. The team also has players like vice-captain Rashid Shaikh and Devendra Kadam who represent Maharashtra Police and were a key part of the gold medal winning team in the All India Police Kabaddi Championships.

Veteran Mumbai Cricket Association administrator and P. V. Shetty who has produced many cricketers in his Payyade Cricket Club has ventured into Kabaddi by becoming the co-owner of the Mumbai Che Raje. Shetty has been already promoting other sports like football through his Payyade Sports Club.

“We are delighted to have coaches like Prakash, Sneha and Harish on board. We are confident that with them at the forefront the team will deliver their best in the tournament. We have balanced side with experienced players and newcomers who have shown a lot of promise in training,” Shetty said.

Salunkhe worked as assistant coach for Puneri Paltan in the season Two of PKL and Jaipu Pink Panthers in season five. He is looking forward to earn glory with this new team in the new league.

‘We are happy to be a part of a Mumbai Che Raje and the organisers have taken care of even smallest of our requirements. I am confident of the team going to the finals as we had a very good training session for last 25 days,” Salunkhe said.

Sanjay Selukar, Nikhil Pendalwar and Jessy Suvarna are the other co-owners of Mumbai Che Raje which will managed by The Klay Events and Promotions.

Though the Mumbai Che Raje team has been practicing at the Mira-Bhayader Sports Club but they will be playing home leg matches at Balewadi Sports Complex in Pune.

The league will start in Pune from May 13 and stay there until May 21. Mysore leg will played from May 24 - May 29t while Bengaluru Leg will be played from June 1 to June 4 (final) at the Sree Kanteerava Stadium.

“This is just the first year and the League arranged these venues. We will play in one of the stadiums in Mumbai next year,” Jessy said.

The Mumbai Che Raja co-owner felt the ‘parallel’  league will carve its niche. “Kabaddi is the second most watched sport in India and we will carve our niche. We have many brands already on board. This is a parallel league and no League can be a failure if there is proper planning and it gives platform to others. The League is happening in vacation time between IPL getting over and World Cup starting (On May 30 and India playing first match on June 5). This is just for 23 days compared to long PKL which had dip in TRP’s last year,” Jessy added.

The League which will be broadcasted live on DSPORT (English), MTV and MTV HD+ (Hindi) and DD Sports will be comprising of 44 matches.