Vikas Krishan pulls out of Asian Qualifiers final due to injury, settles for silver 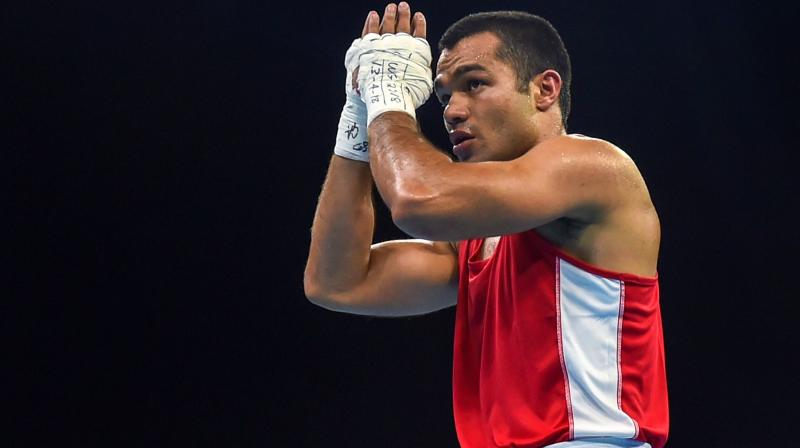 Amman: Olympic-bound Commonwealth Games champion Vikas Krishan (69kg) signed off with a silver medal at the Asia/Oceania Qualifiers after an eye injury forced him to pull out of the final here on Wednesday.

Krishan, a world and Asian medallist, was to take on Jordan's Zeyad Eashash in the summit clash.

"He will not compete because of the cut. He has been told by the doctors to pull out," a source close to the boxer told PTI.

Vikas sustained a cut on his left eyelid in the second round of the semi-final bout against Ablaikhan Zhussupov of Kazakhstan before claiming a split decision victory on Tuesday.

Vikas Krishan and seven other Indians have secured a Tokyo Olympics ticket by making the semifinals of the ongoing qualifiers.