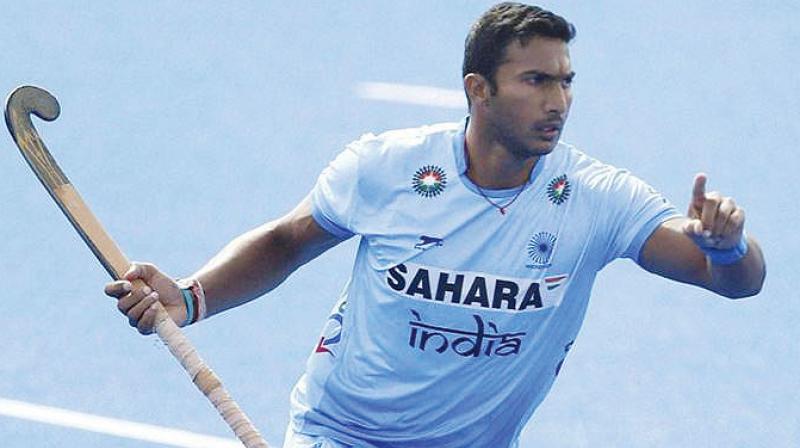 New Delhi: It is time for change in Indian hockey. The last four years have seen the national side make rapid development and the roadmap for the next Olympic cycle will see them aim for “consistency, better results and more medals”.

There were a number of shake-ups and new additions as Hockey India on Friday named a 33-strong core group that will begin their journey with the Azlan Shah in April followed by the World League semi-final in London.

While the Junior World Cup stars, as expected, have been rewarded for their gold medal-winning feat — 11 of them have made the cut — the message was clear for veterans V.R. Raghunath, Danish Mujtaba and Dharamvir Singh, who were left out.

Surprising, however, was the exclusion of young midfielder Devindar Walmiki, a member of the Rio Olympics team. He was pivotal to the Kalinga Lancers, who won their maiden Hockey India League this year — a tournament earmarked by coach Roelant Oltmans for selection to the national camp.

There could also be a debate on whether senior midfielder Gurbaj Singh merited a place after his decent showing in this year’s HIL. The 29-year-old has been sidelined for more than an year owing to disciplinary issues and missed the bus, yet again.

Among those graduating to the senior level, the likes of junior skipper Harjeet Singh, Harmanpreet Singh and Mandeep Singh were a shoo-in, while youngsters Nilakanta Sharma, Sumit, Gurjant Singh, Dipsan Tirkey and Manpreet (Jr) have been rewarded for their sprightly performances in both the Junior World Cup and the HIL.

End of road for Raghu?
There were murmurs of Raghunath contemplating retirement from international hockey post the HIL but while that has not happened, the experienced defender knew time was running out for him. Age has not been on his side and besides, young drag-flicker Harmanpreet has grown well in the role.

The goalkeeping department sees the likes of Vikas Dahiya, Akash Chikte and the induction of a new name in Suraj Karkera. This has been a area of concern as over-reliance on skipper Sreejesh in the absence of a regular second custodian wasn’t helping the team’s cause.

The attack wears almost a familiar look as senior pros Ramandeep Singh, S.V. Sunil and Akashdeep Singh keep their places. Junior World Cup hero Gurjant — who shone in India’s 2-1 win over Belgium in the final — is the only new face.

The campers gather in Bengaluru on March 14.