Our aim is to creat opportunities for ‘special’ athletes, says Natali

His most recent achievement was the success of the Mission Inclusion among others at the SOB. 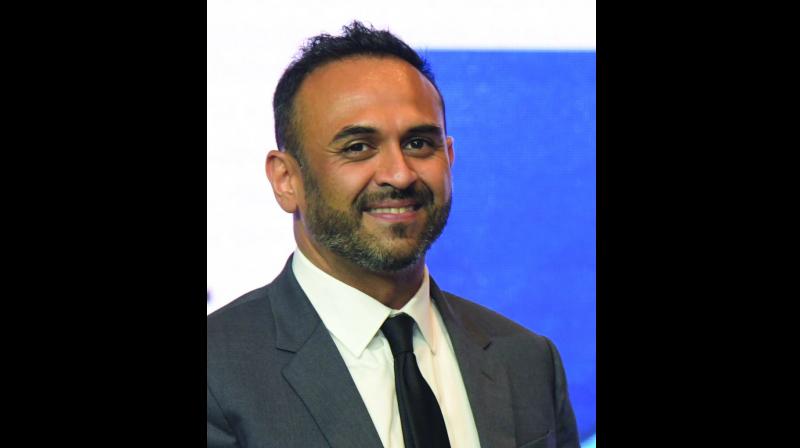 Dipak Natali is associated with the Special Olympics Bharat movement since 2006, first with the Europe Eurasia region before he joined the Asia Pacific region as the president and managing director in 2013. His most recent achievement was the success of the Mission Inclusion among others at the SOB.

Over two years ago, SO Bharat were selected to carry out a programme called Mission Inclusion for a period of three years. The programme reached out to more than eighty thousand athletes, partners, families, youth and doctors through unified sports, youth activation and healthy athlete programs having achieved over 90% of the target.

He oversees program operations in over 34 countries in Asia Pacific providing strategic direction and engagement with the public and private sector to raise awareness and gain support. He also leads fundraising efforts for the region.

Natali has a broad history with NGOs having worked for the UK’s largest disability charity Scope, Prince Charles’s youth development organization, The Prince’s Trust, and the World Association of Girl Guides and Girl Scouts. He has also served in a variety of consulting roles and has volunteered with organizations both in the UK and across the world.

Born in Leicester in the United Kingdom, Dipak developed a passion for social justice at a young age after being inspired by Live Aid and his mother’s own efforts to raise money for the Ethiopian famine in the early 1980s. He is a massive sports fan as well as a music fan, citing Stevie Wonder, Bob Marley and Fela Kuti as inspirations.

In a chat with this paper he shared his experience associating with the Special Olympic Bharat, his future planning and aim for the year. Excerpts:

How is Special Olympics Bharat working towards building an inclusive society for people with ID?
If we think about what inclusive society is, it means giving everyone an opportunity to meet their own potential, and about providing an environment for each other where we can all excel. What Special Olympics tries to do is ensure that whether it is in sports field or not, every one that has an intellectual disability is viewed in a way that allows them to meet their potential. And the view that other people have is probably the most important part because if you think about how people with intellectual disabilities are limited by other people’s perceptions about what they are able to do, It’s what that really creates the barriers for them.

So when we are on the sports field, when we are providing sports opportunities, it’s not only developing the skill of a person with intellectual disability but it’s also changing the way people think about what a person with ID can do. For instance, Wow! I didn’t realize they can run so fast, or kick a ball with such technique and all those kind of things. And then also, simply celebrating someone for what they can achieve I think is something that we care for. It’s not only about promoting inclusion but it’s about people being able to really acknowledge what other people are able to do. And I think that’s what Special Olympic Bharat is also trying to do here more than anything else with the idea that inclusion is an essential part of modern society.

What are the various sports programs being implemented across the country?
In terms of the various sports programs, we do something called “Young Athletes ’’ Which is where we have 2-7 year olds in particular, and it is an early years program because we know that if you are a child with Intellectual disabilities, the opportunity to learn that you have and to be stimulated at an early age is what will really define how much you grow and develop and are able to observe as you grow older. So it’s critical for a person with Intellectual Disability to get that stimulation, physical activity that any other child will get.

The chances are when someone speaks to a parent, the medical practitioner will often tell them that your child will not be able to do this and so on and that diminishes their opportunity. So what ‘Young Athletes’ does, is provide a chance for them and their parents to tell that their child can do anything that any other child can do, it may take a little longer but it’s not that they can’t do it. So, it’s not just the sport that drive it, but it is the opportunity that develops their confidence, develop opportunities to learn from others, and to feel a part of a club, a part of a community. So from these sports programs they develop sports skill and it has impact on all other aspects of their life. So here sports become the secondary element and personal development becomes more important.

From a wider level, we have partnered very well and we have done extensively in India like with ESPN since 2014 and it’s been fantastic that we have been able to do that. We have also worked with the Stavros Niarchos Foundation which is a wonderful Greek foundation that has also provided India with some support. Our relationship with Sarva Shiksha Abhiyan has also been great and in the end, it is about the local institutions that really help in bringing about the change on ground.

What’s your future planning and aim for the year?
From an Asia Pacific prospective we are focusing on developing more competitions, we want to have more opportunities for athletes to show what they can do. Because if we have more competitions, we can change the way people think about people with ID and at the same time show and challenge the athletes that take part to the point where the athletes themselves realize that they are doing something really special and important. With such platforms we at Special Olympics are allowing them to prove their full potential.