No trials, coach for consistency 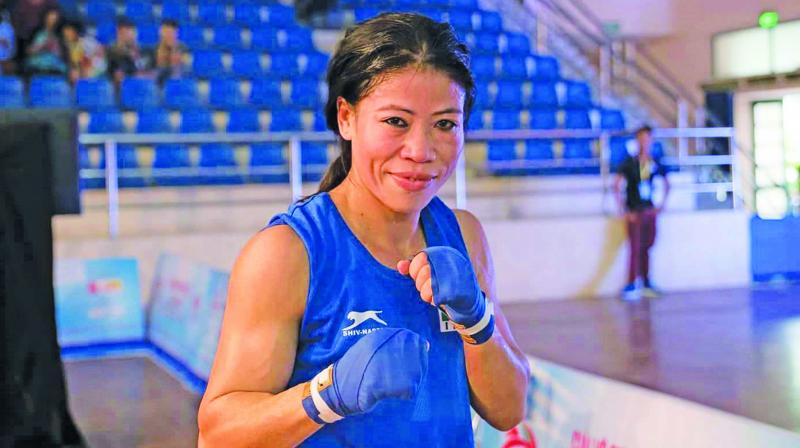 Hyderabad: The Boxing Federation of India may be lining up a trial bout between Mary Kom and Nikhat Zareen to settle the high-profile selection dispute but it may not be all about them. There are two more boxers in fray who will vie to win the four-woman contest to be held on December 29 and 30 in New Delhi and make it to the first Olympics qualifying event in China.

The much debated trials in the women’s 51kg category will have Mary Kom pitted against three boxers — gold and silver medallists from the senior nationals, and another pugilist picked by coaches based on her performance at the national camp and boxing league. Currently, Mary is No.1, Nikhat second, Vanlal Duati third and a fourth one would be named by the coaches. The semifinals will see No.1 vs No.4 and No.2 vs No.3, which means Mary and Nikhat can only clash for the coveted Olympic Qualifier spot if they make the final at the Trials.

BFI’s High Performance Director Santiago Nieva preferred consistency over trials though. “I don’t believe in selection trials. It’s a mere waste of time and energy to be honest. If boxers want to train in India or overseas they will not be able to give their 100 per cent either in the gym or in the ring. The constant burden of having to prove themselves at a trial and not in the ring, adds pressure,” Santiago told this newspaper from Goa.

“Let’s say there is a major tournament in a month’s time and a boxer is preparing for the same. Will the boxer have a single-minded dedication towards training or would she/he be worried about trials? And what happens if the boxer is injured during trials? You lose your best boxer in that weight category to an injury. What next? You send the second or the third best but not the best boxer in that weight! So I think we should do away with the selection trials and reward the consistent performer at international events,” the Argentine explained.

“In August, 2019 both Rafael Bergamasco (foreign coach of the women’s team) and myself suggested a road map for 2020 Olympics. We proposed that gold and silver medallists in the women’s and a medallist in the men’s categories at the Worlds will get a direct entry for the first Olympics qualifiers in China. So, world medallists Amit Panghal (52kg) and Manish Kaushik (63kg) will not have to attend trials,” he said.