The Kerala high court had on Monday lifted the life ban imposed on him by BCCI in the wake of the scandal. 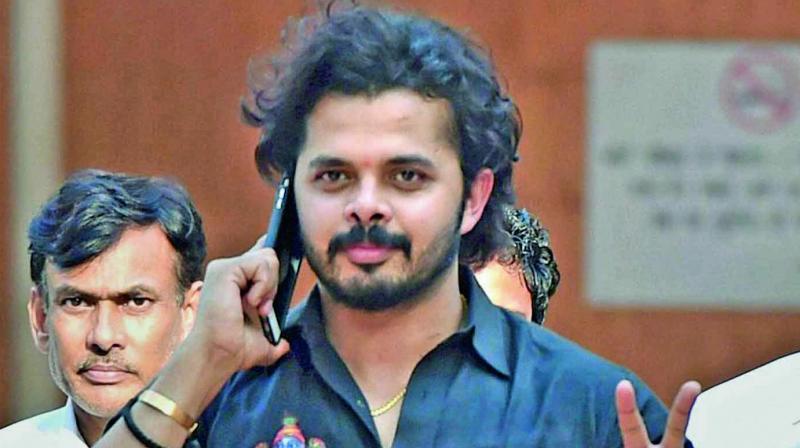 Mumbai:  S. Sreesanth, who was given a lifeline after the Kerala high court recently lifted the life ban on him, has written a letter to the BCCI seeking permission to revive his career. In a letter addressed to the Supreme Court-appointed CoA on Wednesday, Sreesanth has sought permission to play league matches in Scotland.

“Even though I made repeated requests to lift the ban, particularly in the light of the discharge order of the learned Patiala Assistant Sessions Court, the authority concerned has not taken any positive decision in this regard,” Sreesanth wrote.

“As a last resort, I was constrained to approach the high court of Kerala which quashed the ban and other punishment imposed against me pursuant to the disciplinary proceedings. The court also observed that there was no material or evidence before disciplinary committee to conclude that I was guilty of the violation of the Anti Corruption Code formulated by the BCCI,” he added.

“I also request you to take appropriate decision to enable me to resume my cricket career both at national and international level without any further delay. Looking forward in anticipation," Sreesanth said.

Meanwhile, the Kerala Cricket Association also wrote to the BCCI seeking its decision and directions on Sreesanth’s availability. The KCA said the cricketer has informed it of his readiness to make a comeback to competitive cricket.

“With the domestic season around the corner, KCA would also like to support him and provide an opportunity to train/practice in the pre-season preparatory camps and selection trials at the earliest instance, subject to clearance from the Committee of Administrators/BCCI,” the KCA said in a release here.

Sreesanth had said he has started preparations to play the game and his aim was to find a place in the Kerala cricket team. The KCA said it would take a “positive” decision on Sreesanth’s bid to play in state cricket.