Spieth shies from the favorite role, saying, “I’d say Rory is probably the guy to beat.” 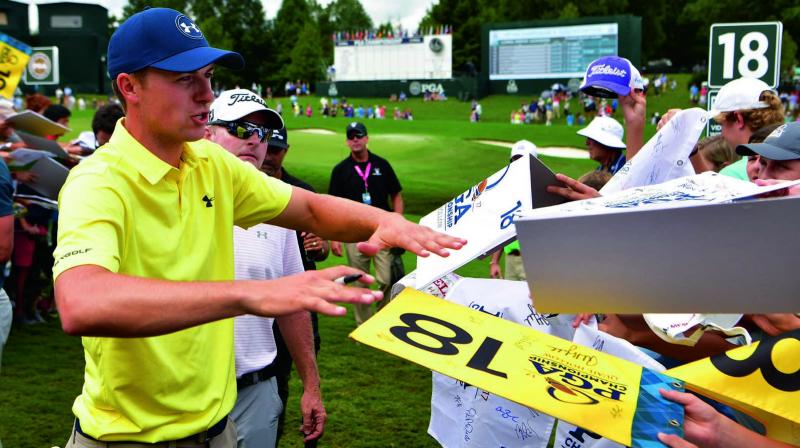 Charlotte: Jordan Spieth and Rory McIlroy make their bids for golfing history when the 99th PGA Championship tees off Thursday at Quail Hollow with heavy rain and storms in the forecast.

World number two Spieth, who won his third major title two weeks ago at the British Open, would become the youngest golfer to complete a career Grand Slam by winning the year’s last major.

The 24-year-old American, who also won the 2015 Masters and US Open, could become only the sixth man to sweep the four major titles in a career after Jack Nicklaus, Tiger Woods, Ben Hogan, Gary Player and Gene Sarazen.

Spieth would be 24 years and 17 days old on Sunday, about six months younger than Woods — the youngest so far to win all four majors — was when he won the 2000 British Open to complete his career slam. And Spieth could become the first player to complete a career slam with a victory at the PGA Championship.

Fourth-ranked McIlroy, a 28-year-old from Northern Ireland, could become only the third player to win five majors before turning 30, joining Nicklaus and Tiger Woods. But McIlroy, missing only the Masters to complete his own career Grand Slam, hasn’t won a major since the 2014 PGA Championship. 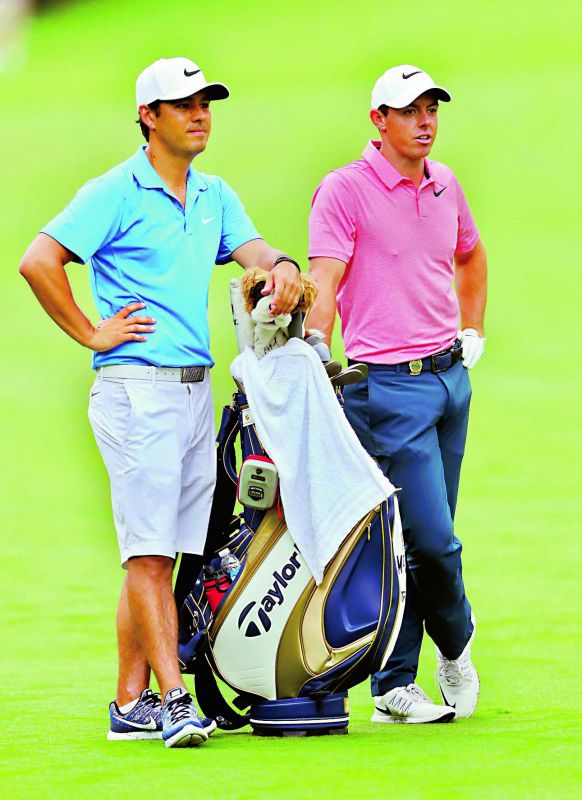 Rory McIlroy with caddie Harry Diamond at a practice round on Tuesday. (Photo: AFP)

What he has done, however, is win twice at Quail Hollow and lost another in a playoff. And shown he can play well in wet conditions, notably in taking his first major title at the 2011 US Open at Congressional. Spieth shies from the favorite role, saying, “I’d say Rory is probably the guy to beat.” Las Vegas oddsmakers agree, giving McIlroy a 7-1 chance with Spieth at 8-1.

Asked what odds he’d give himself, McIlroy cited two wins in eight starts at Quail Hollow — “8-2, decent odds.” “I’ve won a couple times. I like PGA Championship setups. They are fair,” McIlroy said. “If I’m the favourite, I’m the favourite.”

Beware the Green Mile
McIlroy credits his improved form in recent weeks, a share of fourth in last month’s British Open and of fifth in last week’s World Golf Championships event in Akron, with confidence from casinos. Changes have been made to the layout since McIlroy’s victories in 2010 and 2015, when he broke his own course record with a 61 in the third round.

World No.1 Dustin Johnson says he has once more found the form that delivered him three consecutive titles in February and March before a fall and back injury on the eve of the Masters derailed his campaign.

And everyone will be watching Japan’s Hideki Matsuyama after his closing 61 to win the WGC Akron title on Sunday.

Lahiri, who has been performing well this season, qualifying for the The Open Championship earlier last month and recording a career best second place finish on the PGA Tour, will be making his fourth PGA Championship appearance. He is placed in a group alongside Danny Lee from New Zealand and Mark Leishman from  Australia.