Not tinkering much with the combination that fetched silver at the Champions Trophy in Holland, India made just two changes to the side. 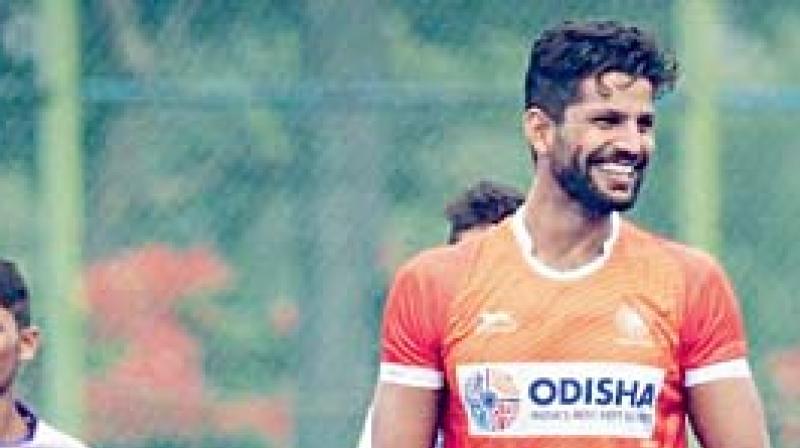 New Delhi: Experienced midfielder Sardar Singh retained his place for the Asian Games, while drag-flicker Rupinder Pal Singh and striker Akashdeep Singh too made the cut as Hockey India named an 18-member squad for next month’s event in Indonesia, where India defend their title.

Not tinkering much with the combination that fetched silver at the Champions Trophy in Holland, India made just two changes to the side.

Veteran goalkeeper Sreejesh P.R. will lead the side while vice-captain Chinglensana Singh will be joined by Sardar, Manpreet Singh, Simranjeet Singh and Vivek Sagar Prasad in the midfield.

Besides Akashdeep, S.V. Sunil, Mandeep Singh, Lalit Kumar Upadhyay and Dilpreet Singh are the other strikers in the Jakarta-bound squad.

The defence will be strengthened by Rupinder’s return alongside Birendra Lakra, Surender Kumar, Harmanpreet Singh, Amit Rohidas and Varun Kumar.

India defeated Pakistan in the final of the 2014 edition in Incheon, Korea, and will be eager to repeat the feat to book an automatic berth for the 2020 Tokyo Olympics.

“We have a great mix of players who have shown their ability in recent tournaments. But it is unfortunate we will be missing Ramandeep Singh’s experience as he is ruled out of the Asian Games due to a recent knee surgery,” coach Harendra Singh said.

The camp for the Asian Games also got under way in Bengaluru on the day.