Karate made me a fitter and disciplined model, says Sandhya Shetty

Sandhya Shetty has been proving that catwalk and karate can go hand-in-hand, as she continues to prove her mettle in both the spheres. 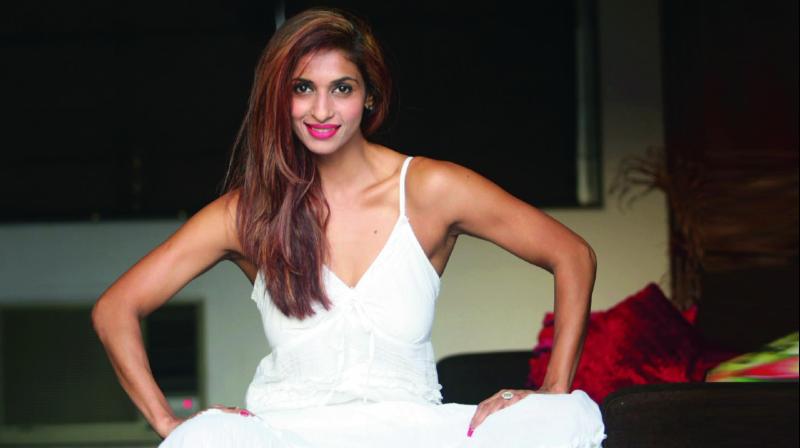 Before leaving for the 16th Asian Karate Championship to be held at Kazakhstan, Sandhya Shetty, a noted name in the glamour industry, is all pumped up. “I won the gold medal in Commonwealth Karate Championship in 2015, which was my first international-level medal. This time the pressure is much more. Asian Championship is a notch higher,” she says as she prepares to leave on Sunday night.

In 2005, when she began taking karate classes or even two years later when she graduated to participation in competitions, she didn’t bid adieu to modelling. Today, she is able to strike a good balance between the two very distinct fields and feels proud of her multitasking abilities. “As a kid, I was always into sports. I’ve played kabaddi at state level also. As a NCC cadet, I participated in the Republic Day parade. I wanted to join the army or become a lawyer. Modelling just happened. I was pushed by my friends to participate in the Miss India pageant in 2000 and I ended up being among the top-ten finalists that opened the doors of modelling for me, which eventually led to compering, theatre and films,” the Mumbai girl says.

Sandhya initially never felt that acting was her cup of tea but since last few years she has been eagerly hearing scripts and taking up roles. She also feels a film on karate will help a lot. “But in most biopics, they focus too much on the penury of the sportsperson. But even someone from a well-off family has to face a lot of struggles. I am planning to write a book on my experiences entailing the stereotypes I have fought. A genuine plot and screenplay will help matters a lot. Today, people know Phogat sisters all because of Dangal. People are willing to throw lavish parties for me but no one comes forward to sponsor my training in karate. I have to bear the cost of everything from travel to stay during the tournament because there is a resolute patriot in me. We need a more private companies  to invest in sports.”

There are both pros and cons when a person decides to dabble in both modelling and karate. Explaining how, the dusky beauty says, “I’ve had about ten serious factures. With physical injuries, you can’t take up any modelling or film offers.   Also, with an upcoming tournament, I can’t afford to miss my training. On the positive side, karate made me fitter and also takes away all my stress — two things every model direly needs. Also karate made me more disciplined as a person. The charm of the glamour industry can mesmerise you but karate helps me stay grounded. These are two different worlds and I have seen the good and bad of both the worlds.”

She feels that her need to be ‘strong’ was a sub-conscious decision. “I was the youngest among my siblings. I was a tomboy and wanted to be the man of the house doing all the stuff that the boys would do,” she says. At this point she cracks a joke, “Though I’ve never used my martial art techniques in a club or otherwise, I think because I come off as a strong person, guys never dare to cross a certain line while flirting with me. I think that’s a big disadvantage.”

Before signing off, she has two things to say, “I want martial arts to be introduced in school curriculum so that it can empower girls in this climate of rising crimes against women.” What’s the second thing, we ask. “Please pray for my win,” she answers. Surely, we will!