Indian Grandmaster remained on four points, half a point behind two Russians 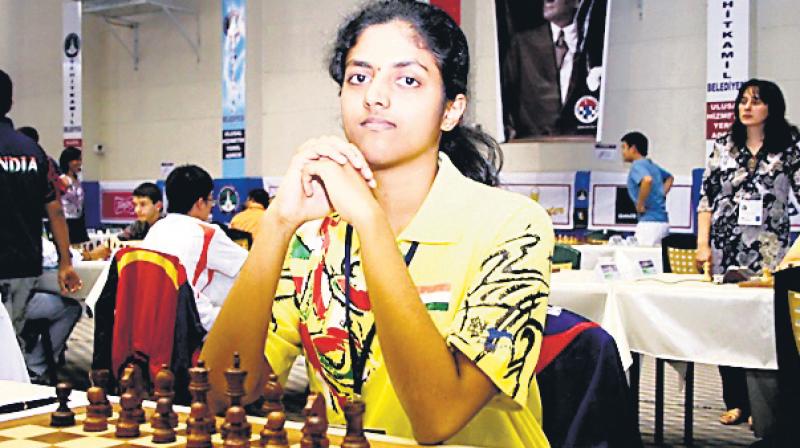 MILD REVERSE: Dronavalli Harika who was held to a draw in the seventh round. DC Photo

Lausanne: Indian Grandmaster Dronavalli Harika was held to a draw by Zhansaya Abdumalik of Kazakhstan in the seventh round of the FIDE Women's Grand Prix chess tournament here.

She remained on four points, half a point behind two Russians.

The India No. 2 (Elo rating 2518) could not overcome the challenge posed by her lower rated opponent Abdumalik (Elo 2471) in 30-move game late on Monday. She was in fourth place.

The world No. 9 faces Bulgarian Antoneta Stefanova in the eighth round later on Tuesday.

World champion Ju Wenjun's search for her first win in the tournament continued as she settled for her sixth draw against Frenchwoman Marie Sebag, at 2443, the lowest rated player in the field. She had lost to Harika in the third round.

The Chinese world No. 3 had three points and was lying in 9th place.