Russia banned from competing in sports; what does it mean for them

It is likely to present more difficulties for Russian athletes wanting to compete on the world stage. 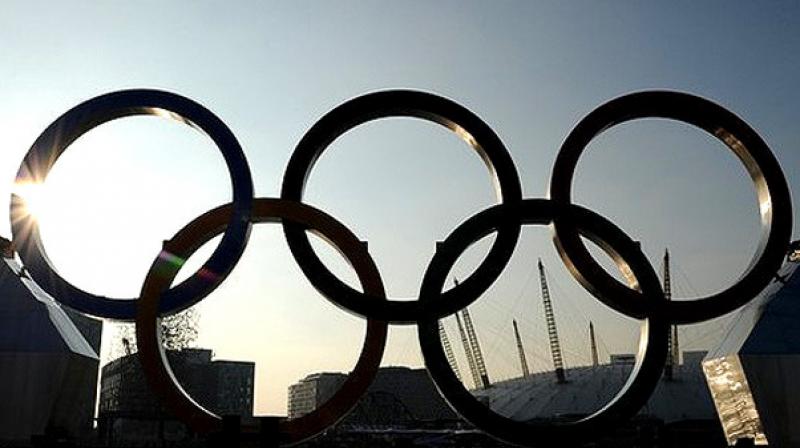 Russia would be banned for four years from the Olympic and Paralympic Summer and Winter Games. That rules an official Russian team out of Tokyo 2020 and the Beijing Winter Olympics of 2022. (Photo: AFP)

Moscow: Russia was banned from the Olympics and world championships in a range of sports for four years on Monday after the World Anti-Doping Agency (WADA) ruled to punish it for manipulating laboratory data, a WADA spokesman said.

It is likely to present more difficulties for Russian athletes wanting to compete on the world stage and for federations who are planning to stage events in a country that has often been a welcoming haven for some of the world’s less wealthy sports.

However, football and Formula One events in Russia would be exempt. Here is what the ban would mean for Russia in more details:

Russia would be banned for four years from the Olympic and Paralympic Summer and Winter Games. That rules an official Russian team out of Tokyo 2020 and the Beijing Winter Olympics of 2022. It would mean Russian competitors who have proved themselves above doping suspicion would have to compete under the ‘neutral’ Olympic flag. That was the case at the 2018 Winter Olympics in Pyeongchang when 168 Russians took part in 15 sports.

Beyond that, there would be no official Russian team at the 2020 summer and winter Youth Winter Olympics.

They would also be barred from all other multi-sport competitions such as the European Games and the Universiade as well as any world championship organised by any of the signatories of the World Anti-Doping Code, which includes the International Olympic Sports Federations.

Russian athletes and their coaches would only be allowed to attend these competitions if they demonstrate that they have nothing to do with the institutional doping system put in place in the country between 2011 and 2015.

In this case, they would again compete under the Olympic rather than the Russian flag.

No official or representative of the Russian government would be allowed at these events, including the president and the top officials of the Russian Olympic and Paralympic Committees.

For four years, Russia would not be permitted to host or submit a bid to host any of the events listed above.

On top of that Russia would not be able to become a candidate to host the 2032 Summer Olympics whether or not the bidding process falls within the four-year window.

Any competition that has already been awarded to Russia which is scheduled to take place during the four-year ban must be withdrawn and reassigned unless, according to WADA, “it is impossible to do so from a legal or practical point of view”.

Clarification will be required regarding federations which are unwilling to review their plans, notably the 2022 World Men’s Volleyball Championships and the 2023 Summer Universiade which are both scheduled for the Russian city of Yekaterinburg.

Questions will also be asked about the Wrestling Worlds which are planned for Krasnoyarsk in 2022.

Some competitions, however, will not be affected, such as four Euro 2020 matches, including a quarter-final, and the 2021 Champions League final, all of which are taking place in St Petersburg.

WADA justified these exceptions last month by saying the competitions were “not multi-sport major events or world championships but rather regional/continental single-sport events”.

The same exemption would apply to events which make up one stage of a world circuit such as the Russian Formula One Grand Prix in Sochi.

No representative of the Russian government would be permitted to work for or sit on the committee of any signatory of the World Anti-Doping Code, which effectively means any international sports federation.

This ban does leave the door open to any Russian citizen who does not officially represent the Kremlin or the government.

Whether this will extend to President Vladimir Putin, who is the honorary president of the International Judo Federation, has not been specified.