Olympic quota in shooting secured for India by Chinki Yadav

She stormed through to the finals of the Women's 25m Pistol in the ongoing 14th Asian Shooting Championship and secured the olympic quota. 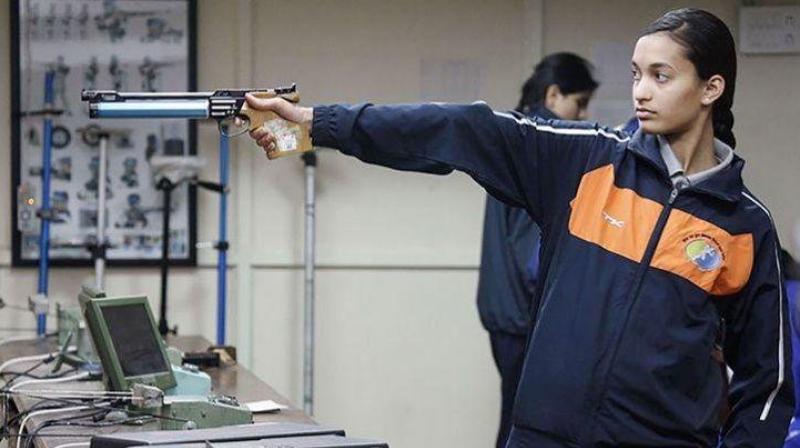 Chinki Yadav has been placed a creditable sixth in what was her first senior international final. (Photo: Twitter)

New Delhi: Indian shooter Chinki Yadav on Friday booked the country's 11th Tokyo 2020 Summer Olympics quota after she stormed through to the finals of the Women's 25m Pistol in the ongoing 14th Asian Shooting Championship (ASC).

The championship is being held at the Lusail Shooting Complex in Doha, Qatar. Chinki has been placed a creditable sixth in what was her first senior international final.

She shot a solid 588 to rank second in qualification earlier in the day, following up on her precision round score of 292 on day three with a scintillating 296 in the Rapid Fire round today.

The 21-year-old shot a perfect 100 in the third and final series of shots.

Sports Authority of India (SAI) took to Twitter and congratulated Chinki for the achievement.

"Shooter #ChinkiYadav takes a shot at success and bags India's 11th Tokyo #Olympic Quota in shooting after a 6th place finish in the women's 25m Pistol final at the #AsianChampionships Many congratulations," SAI tweeted.

Other Indian medal winners on day four were as follows:

In the 10m Air Rifle Men Youth, Rudrankksh Patil, T.R.Srijay and Paarth Makhija won team gold with a combined score of 1871.0. Rudrankksh and Srijay won individual gold and silver with scores of 249 and 248.8 respectively in the final.

Udhayveer Sidhu shot 577 to win the individual silver while Udhayveer, Vijayveer Sidhu and Gurpreet Singh won team gold with a total of 1710 in the 25m Standard Pistol Men.

India has a total medal count of 35 medals so far in the competition and have also won two Olympic quota places.